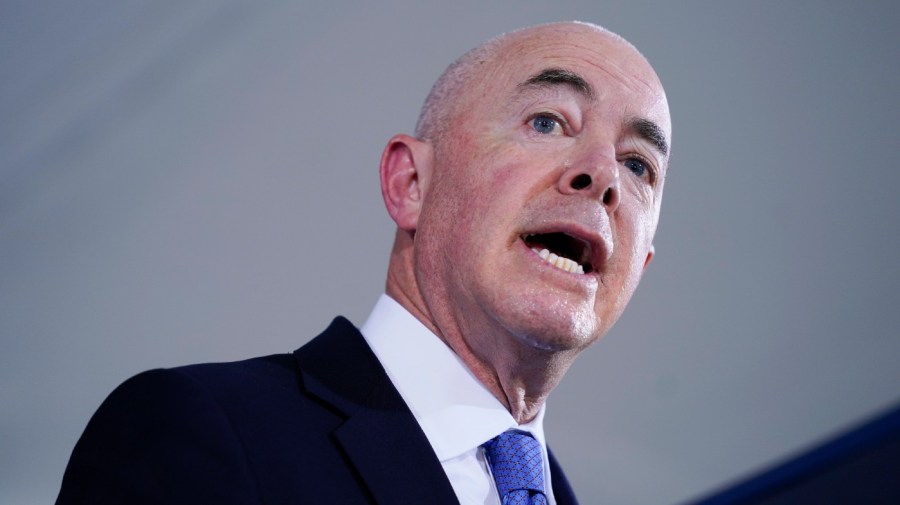 Homeland Security Secretary Alejandro Mayorkas told House lawmakers on Tuesday that his agency is focused on strengthening its public-private partnerships and its collaboration with foreign partners as a way to counter rising cyber threats from nation-state threat actors and cyber criminals.

Mayorkas, who testified before the House Homeland Security Committee, said the relationships that the agency has built with the private sector and its international partners are “increasingly vital” as hostile nations expand their cyber capabilities and increasingly seek to target U.S. critical infrastructure.

“The public-private partnership, the international relationships, the sharing of information is so vital, and that is really where we are headed,” Mayorkas said.

Mayorkas was responding to a question from committee Ranking Member John Katko, (R-N.Y.) who asked the Secretary what his vision was of the Cybersecurity and Infrastructure Security Agency (CISA) as cyber threats continue to surge.

Mayorkas was joined by FBI Director Christopher Wray and Christine Abizaid, the director of the National Counterterrorism Center, to discuss worldwide threats to the homeland, including foreign and domestic terrorism.

Katko, who announced he was retiring from Congress earlier this year, praised CISA for taking a more partnerial role with the private sector than a regulatory one.

“I’m very heartened to see how CISA has stepped up working in conjunction with the private sector as a partnership,” Katko told Mayorkas.

His comments are consistent with past statements he’s made about the importance of prioritizing industry input over government regulation.

In an interview with The Washington Post last year, Katko said the government needed to slow down the way it regulates cybersecurity and prioritize understanding what the industry needs first.

Senior U.S. cyber officials recently said that the Biden administration was focused on working with the private sector to secure critical infrastructure as cyber threats “continue to rapidly advance.”

Anne Neuberger, White House deputy national security adviser for cyber and emerging technology, said during an event in late October that the administration's focus is on services and sectors that could see hazards arise if disrupted, such as hospitals, the oil and gas industry and companies that transport chemicals.

Last month, the White House unveiled its plan to include the chemical sector in its public-private cybersecurity partnership.

The plan encourages the sector to adopt higher cybersecurity standards, including improving visibility and threat detection for industrial control systems.

Mayorkas added that his agency is also focused on countering cyber threats from foreign actors like Russia, China, Iran and North Korea which have sharpened their cyber capabilities over the years.

“Their methods vary, but their goals of doing harm are the same,” Mayorkas said.

Mayorkas additionally said that cyber actors have attempted to “sow discord, undermine democracy, and erode trust in our institutions.”

His statements are in line with a recent report from cybersecurity firm Mandiant that found that a pro-Chinese disinformation group has been aggressively targeting the U.S. by attempting to discredit the U.S. political system and discourage Americans from voting in the 2022 midterms.

“These cyber operations threaten the economic and national security of every American and many others around the world,” Mayorkas said during his opening remarks.

Today24.pro
Crypto Lender Matrixport Raises Valuation to $1.5B Despite FTX Collapse ‘How many Uber drivers does it take to pick up a disabled person?’: Disabled person says 3 Uber drivers canceled on them because of their service dog I make $1,000 a month by promoting Amazon products on social media. It only takes 5 hours per week — here's how I set up my side hustle. One of The Greatest Britons in History - Joe Calzaghe