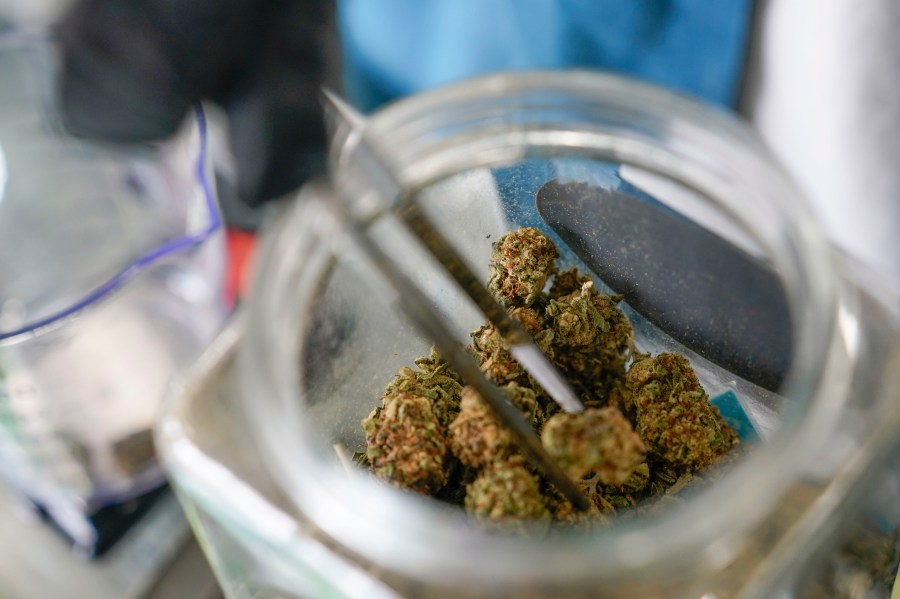 Story at a glance

Kentucky Gov. Andy Beshear signed an executive order on Tuesday allowing some state residents to possess and use medical marijuana.

In the executive order, Beshear said Kentuckians with qualifying illnesses including cancer, multiple sclerosis, Crohn’s disease and post-traumatic stress disorder could use medical cannabis purchased from other states as long as they provide written proof from a Kentucky physician diagnosing them with the illness.

“Allowing Kentuckians diagnosed with certain medical conditions and receiving palliative care to purchase, possess and/or use medical cannabis would improve the quality of their lives,” Beshear said in the order.

Per the order, Kentucky residents cannot purchase more than eight ounces at a time. Kentuckians also must keep proof of purchase that displays the date and store after buying medical marijuana outside of the state.

“It may help reduce abuse of other more dangerous and addictive medications, such as opiates.”

Kentucky is one of the dozen states that has yet to legalize medical or recreational marijuana. As of February 2020, medical marijuana is legal in Washington D.C., Puerto Rico and 37 states include most of those sharing a border with Kentucky.

While surveys have shown that up to 90 percent of Kentuckians approve of marijuana legalization, efforts to pass legislation green lighting the possessing and sale of the plant have been repeatedly stalled.

The Kentucky House of Representatives overwhelmingly passed a bill in March to legalize and regulate medical marijuana for the second time. But the legislation was killed in the state Senate.

Following the bill’s demise, the governor said in April he would consider executive actions on the issue and two months later created a Team Kentucky Medical Cannabis Advisory Committee.

The executive order is set to go into effect on Jan. 1 of next year.