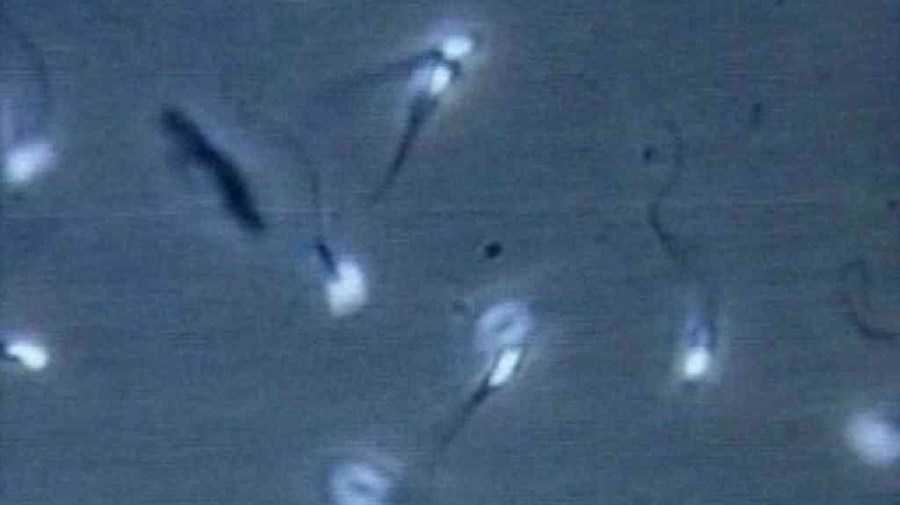 The world is experiencing a quiet yet accelerating collapse in male fertility, according to a paper published Tuesday in the journal Human Reproduction Update.

The study found sperm counts fell by more than 51 percent between 1973 and 2018. And while sperm counts have been dropping for decades, the decline rate appears to be speeding up.

“I think it’s a crisis that we [had] better tackle now, before it may reach a tipping point which may not be reversible,” lead author Hagai Levine of Hebrew University of Jerusalem’s Hadassah Braun School of Public Health told The Guardian.

Levine added to The Times of Israel that the findings “serve as a canary in a coal mine. We have a serious problem on our hands that, if not mitigated, could threaten humankind’s survival.”

The rate of decline since 2000 has been a striking, the study found, with an observed 2.64 percent fall each year in the number of sperm per milliliter of semen — more than twice as large of a decline as that observed since 1978, according to The Guardian.

While reasons for the decline are unclear, one major factor could be endocrine-disrupting chemicals found in thousands of everyday items, coauthor Shanna Swan of the Icahn School of Medicine told the Financial Times.

These compounds — found in everything from personal care products to food packaging — have particularly dire impacts on reproductive function, Swan noted. She specifically called out phthalates and bisphenols (BPA), compounds used as linings in products like water bottles and takeout containers.

Levine and Swan's joint study builds on existing findings that have linked environmental chemicals to persistent rates of decline in sperm counts.

A 2021 Danish study listed chemicals found in or derived from fossil fuels as a possible culprit, as The Hill reported.

Potentially harmful chemicals from such sources “have been found in samples of blood, urine, semen, placenta and breast milk of all humans investigated,” the study found.

“It is well established that these chemicals have become part of our tissues and fluids,” the authors added. “We know that they can be a threat to wildlife. Unfortunately, too little has been done to uncover their role in humans.”

Plastic derivatives like BPA — common additives to food and beverage packaging — have also been linked to declining male fertility as well as birth defects.

Many potentially toxic chemicals “reach us via food,” Andreas Kortenkamp, a professor at Brunel University London, said in June.

“A lot of bisphenol A intake is via milk,” he added. “The linings of milk cartons and canned food, for example the tomato tins, leach BPA into the product.”

The Israeli study comes as the world's population recently hit 8 billion. Still, birth rates are in broad decline — meaning the next billion will take longer to add than the previous one.