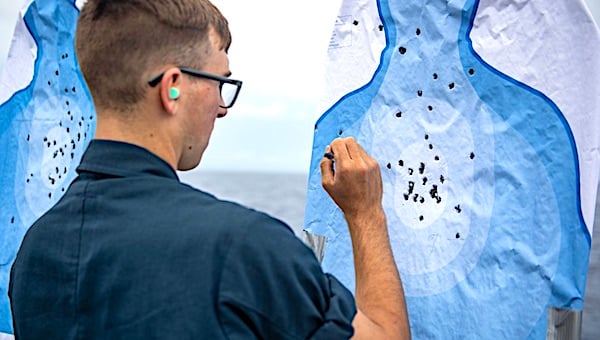 Those who have chosen to believe the transgender ideology have no tolerance for critics.

For example, when the Florida Board of Medicine's legislative committee decided those treatments were inappropriate for children, social media was filled with the reaction from proponents.

One, self-identified online as Sammie_boy, threatened, "So, who wants to help me mail pipe bombs to the Florida Board of Medicine's Legislative Committee?"

But some of the worst attacks have been aimed at those who were in the transgender community, and left.

It is the Daily Mail that has reported on the situation.

"Young people who detransition describe death threats, doxxing, intimidation, and being accused of 'genocide' from the 'cult-like' transgender community they turn their backs on."

The transgender community's reaction is understandable. Each person who leaves that lifestyle choice is living, walking – and more to the point talking – evidence that their basis for their sexual lifestyle, that they were "born" that way, just isn't true.

"Tensions between trans activists and detransitioners spiked this month at a meeting of Florida's medical board, where sex change interventions for children were restricted. Insults were hurled, bomb threats were posted online," the report said.

Transgender promoters shouted over their opponents, condemning them as "bigots."

The report said "trans campaigners" "harass those who exit the community and call detransitioners 'liars and grifters and just try to invalidate everything we say.'"

Cat Cattinson, a singer and musician , transitioned from female to male and then went back because of medical issues. She told the DailyMail, "'I've seen the level of hate really escalate to the point that any time a new detransitioner shares their story online, they get dogpiled by thousands of trans activists, bullied, ridiculed, and of course death threats."

She was one of the detransitioners who addressed the Florida board, which voted to ban the state's doctors from prescribing chemicals or performing surgeries on minor patients.

Other states have taken similar steps.

The report said, "A Reddit group called 'detrans' has 41,500 members who share their experiences about dodgy doctors, stigma and other issues, including ever more 'hateful, angry' online posts in transgender forums."

Cattinson said, "We're at a really critical time right now, where we have the opportunity to safeguard kids from making irreversible decisions they'll regret. Public awareness has helped us get to this turning point, where people are realizing what's going on and agree with us detransitioners.'"

Another detransitioner, self-identified as Shape Shifter, was "in shock" from the vitriol from transgender activists who called him "Nazi," "fascist," and lackey.

Vera Lindner is releasing soon a documentary, Affirmation Generation, profiling detransitioners from "uncontrolled medical experiment carried out on the backs of vulnerable youth."

The report noted, "Another detransitioner, Camille Kiefel, 32, from Oregon, also spoke in Tallahassee about her regrets over her double mastectomy. She describes pro-trans campaigners crowding around her as an 'unnerving intimidation tactic' as she left the hours-long session."

She recently launched a legal action, contending that therapists who encouraged her breast surgery never should have done so for a woman with her mental health conditions.

The post Leaving the transgender lifestyle? Be prepared to be a target appeared first on WND.