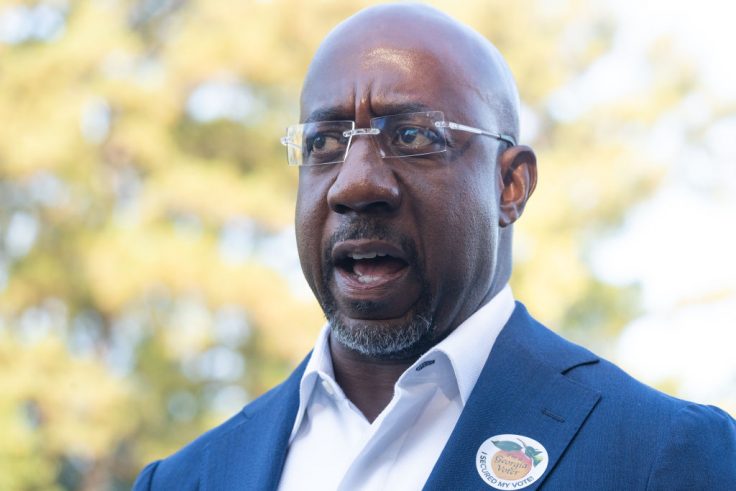 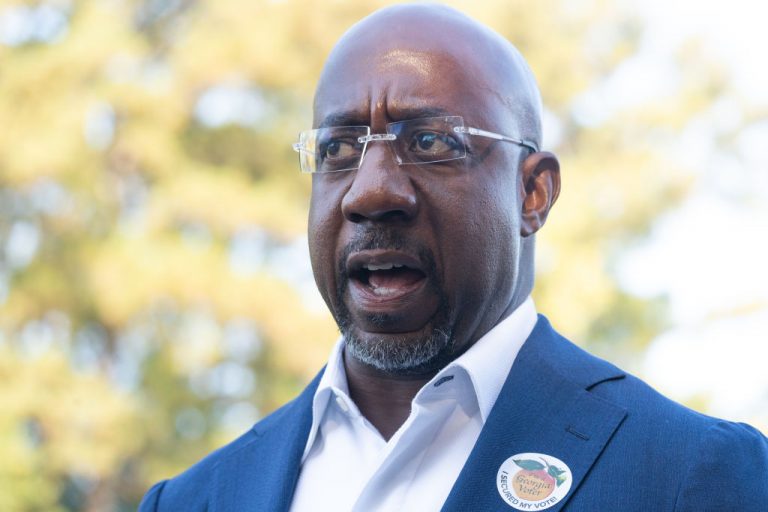 Georgia Democratic senator Raphael Warnock's ex-wife asked a court to bring Warnock in to face questions from her attorneys as part of their contentious child custody battle, according to a court notice filed last week and obtained by the Washington Free Beacon.

The filing is the first sign of movement in the case since the judge in August filed a sealed temporary custody order and shows that the conflict has not been resolved out of court. Warnock's ex-wife, Oulèye Ndoye, has accused him in court filings of neglecting to see his children during his custody days and leaving her financially strapped with unpaid child care expenses.

The deposition will allow Ndoye's lawyers to grill Warnock about these issues under oath in a closed-door deposition, information that could be used as part of a settlement or if the case goes to trial. Ndoye's lawyers notified Warnock that they plan to question him on Jan. 18, 2023—just days after the Senate is scheduled to open for the next session.

Warnock's rocky divorce and custody fight have been issues for him in the election. Allegations of neglect were highlighted in Republican political attacks, and Republican challenger Herschel Walker ran ads featuring police footage of Ndoye accusing Warnock of hitting her with his Tesla, a claim the senator denied.

The latest filing could revive attention on the messy legal dispute ahead of the Dec. 6 runoff. Warnock in June asked a judge to seal the full case, arguing that because he is "currently running for reelection" his opponent could use the case to "gain some political advantage," according to a court motion obtained by the Free Beacon.

Ndoye in February took Warnock to court to revise their custody agreement, asking to move their two young children to Massachusetts while she attends a program at Harvard and for more financial support from Warnock. The couple split in 2020 after four years of marriage.

Ndoye said in her initial complaint that Warnock's income "substantially increased" since he joined the Senate but that he "refused to reimburse [her] for child care expenses for the children" and "left [her] financially strapped." She also claimed Warnock left their two children with "various babysitters overnight" when they were in his care.

Her statement about Warnock's income is supported by financial disclosure records, reviewed by the Free Beacon, which show his earnings more than doubled since he joined the Senate in 2021, mostly due to payments from outside employers and book deals.

Warnock's outside compensation includes a $7,400-per-month housing allowance from Ebenezer Baptist Church, where he serves as CEO and senior pastor. That housing allowance is not subject to income taxes, the Free Beacon first reported. The unusual arrangement also allows Warnock to dodge the annual outside income limit for senators under federal law.

Both Warnock and Ndoye have traded jabs in the custody case. In the spring, Warnock tried to subpoena Ndoye's college records from a decade ago, a move that Ndoye said was "purely for the purpose of embarrassing and harassing" her, the Free Beacon reported. Fulton Superior Court judge Shermela Williams, who was a registered Democrat before winning her seat in a nonpartisan 2020 judicial election, barred the public from attending a hearing in June, the Free Beacon reported.

The best Champions for League of Legends in 2023