HELEN Flanagan has stunned fans after stripping down to her underwear in a video on social media.

The ex-Corrie star, 32, posted the saucy clip on Instagram just weeks on from her split from ex-Celtic striker Scott Sinclair.

The actress can be seen modelling a strapless black bra with matching undies as she tries on different dresses for the ITV Palooza 2022.

The first one is a one-shouldered black suit-dress that buttons up the front.

And she finishes it off with a sparkly chocker necklace.

The next dress was a black sequence dress with a fur top that showed off Helen’s incredible figure.

She then put on another black sequence dress – this time is hung off her shoulders and tied at the back.

But she ended up going with the first outfit, and completed the look with a cream clutch bag and silver heels.

She was all smiles as she headed to the red carpet Palooza in London.

Helen recently returned back to Scotland following her split from ex-Celtic star  Sinclair.

Inside Molly-Mae’s glamorous Dubai babymoon at £1,000 a night hotel

She enjoyed a stay at plus hotel Cameron House where she spent time with her kids and family swimming in the pool and enjoying the fireworks display.

The couple split after 13 years together in October and have three kids together Matilda, seven, Delilah, four and Charlie, one.

News of the break-up emerged three days after she was seen dancing with a mystery man at a friend’s birthday party — and only a few weeks after she finished filming ITV’s ITV’s I’m A Celebrity All Stars in South Africa.

A source said: “Helen has removed her engagement ring and told those close to her that she is no longer with Scott. 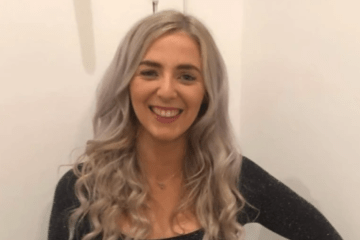 I worked in Wetherspoons - here's the best meal, it's the only thing made fresh

“They hit a rough patch in the summer and after she came back from South Africa their relationship ended.

“Helen and Scott are committed to co-parenting their kids, even if they are no longer a couple.”

Another was an off the shoulder black dress[/caption]

Brock Purdy Status In Question Vs. Eagles After First-Quarter Injury

Today24.pro
What has happened this MLB offseason? A look at all the moves made in the AL and NL Central. Dumb Things In Marvel's Phase 4 That Didn't Make Any Sense 10+ Outdoor Survival Skills & Bushcraft Tips How to Fall Asleep in 60 Seconds (OR LESS)