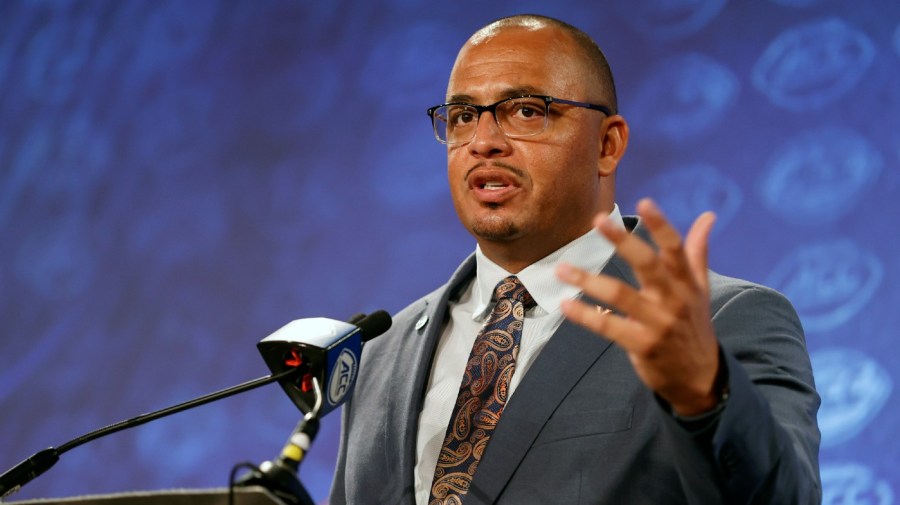 University of Virginia (UVA) head football coach Tony Elliott said the three football players on his team who were killed in an on-campus shooting on Sunday were "incredible young men" with "extremely bright futures.”

“I cannot find the words to express the devastation and heartache that our team is feeling today after the tragic events last night that resulted in the deaths of Lavel, D’Sean and Devin, and the others who were injured,” Elliot, who in his first season as the Cavaliers head football coach, said in a statement on Monday.

“Our hearts ache for their families, their classmates and their friends. These precious young men were called away too soon. We are all fortunate to have them be a part of our lives,” Elliott added.  “They touched us, inspired us and worked incredibly hard as representatives of our program, university and community. Rest in peace, young men.”

Chandler, Davis Jr., and Perry, all juniors at the university, were shot and killed Sunday night as they were returning from a class field trip, as two other individuals were wounded.

UVA’s athletic director Carla Williams said in a statement that she ached for the families as a mother of three children herself.

“I pray for peace, comfort and hope for their parents and loved ones. For their teammates, coaches and friends, I pray for strength and a peace that surpasses all understanding.”

Local authorities allege that Christopher Darnell Jones Jr., a UVA student and former football player, committed the crime. The 22-year-old was arrested the following day following a manhunt, and charged with three counts of second-degree murder and three counts of using a handgun in the commission of a felony.

Christopher Darnell Jones Sr., the father of the suspect, told Norfolk, Va.-based CBS affiliate WTKR that his son was “real paranoid” the last time he visited home to do his laundry, and said he was getting bullied by schoolmates.

“Yeah he was real paranoid, when I talked to him, about some things,” Jones Sr told WTKR. “He wouldn’t tell me everything. He said some people were picking on him or whatever, he didn’t know how to handle it. I just told him to just go to school, don’t pay them no mind, do what you got to do, you only got one more year.”

Today24.pro
Anthony Joshua returns to America in search of new coach ahead of boxing return and links up with trainer Virgil Hunter Sam Bankman-Fried could face extradition from the Bahamas to the US: Here's how, legal experts explain Portuguese artist Santiago Ribeiro exhibit in Moscow Marin commercial property sales sapped by interest rate hikes