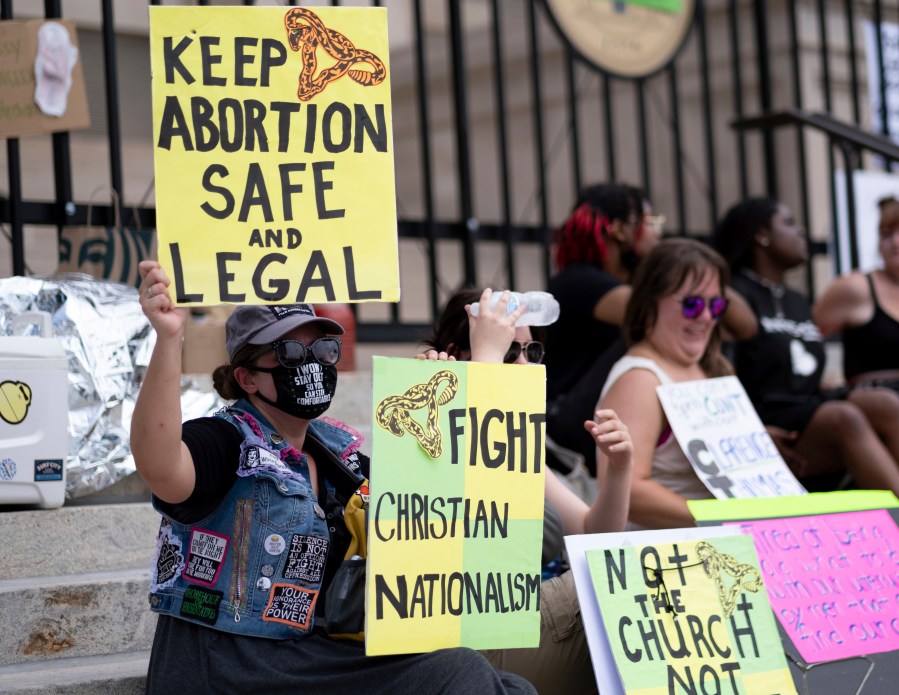 A Georgia judge on Tuesday found the state's six-week abortion ban to be "plainly unconstitutional" and has barred it from being enforced.

Fulton County Superior Court Judge Robert McBurney granted a motion filed by plaintiffs in a civil suit against Georgia to block the ban, which has been in place since July.

The Living Infants Fairness and Equality (LIFE) Act in Georgia bans abortions after a fetal heartbeat is detectable, generally around six weeks into a pregnancy. The bill passed in 2019 but was found to violate the constitutional right to privacy.

Shortly after the U.S. Supreme Court overturned the right to abortion in Roe v. Wade earlier this year, however, the court order barring the ban from going into effect in Georgia was reversed.

In their subsequent lawsuit, the plaintiffs, including the SisterSong Women of Color Reproductive Justice Collective, Atlanta Comprehensive Wellness Clinic and Planned Parenthood, argued that parts of the ban violated Georgia's state constitution.

McBurney stated in his ruling that the LIFE Act must be considered under the legal environment that existed when it was enacted.

"At that time -- the spring of 2019 -- everywhere in America, including Georgia, it was unequivocally unconstitutional for governments -- federal, state, or local -- to ban abortions before viability," McBurney's ruling said.

A provision in the LIFE Act that imposed criminal penalties on physicians who did not report abortions performed when fetuses had detectable heartbeats but were not viable was also unconstitutional at the time it was enacted, McBurney determined.

"Under Dobbs, it may someday become the law of Georgia, but only after our Legislature determines in the sharp glare of public attention that will undoubtedly and properly attend such an important and consequential debate whether the rights of unborn children justify such a restriction on women’s right to bodily autonomy and privacy," McBurney wrote, citing the legal case that led to Roe being overturned.

He also denied a motion by the defendants in the case to dismiss the complaint altogether, stating that the plaintiffs, as medical providers, had a legal basis for bringing their complaint forward.

McBurney's ruling did allow one provision of the LIFE Act that requires doctors to determine if a heartbeat is present before performing an abortion to stand. While it adds a step to the abortion procedure, it does not prevent it from being performed, and the Georgia judge determined it was not "unduly burdensome."

Ultimately, he found "no legal basis" for Georgia to bar abortions after six weeks and ruled that neither the state government nor local government can enforce a post-heartbeat ban on abortion.