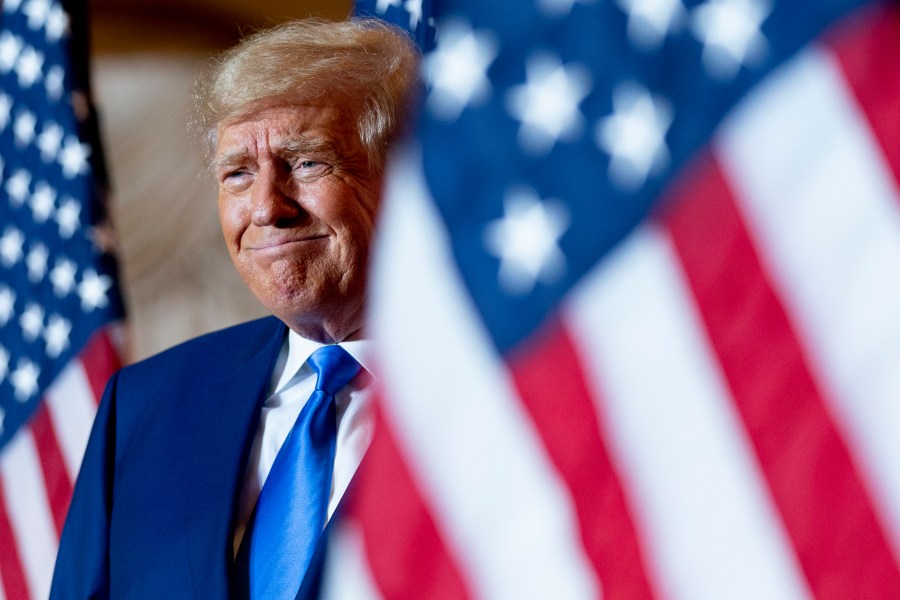 Welcome to The Hill’s Campaign Report, tracking all things related to the 2022 midterm elections. You can expect this newsletter in your inbox every Tuesday, Wednesday and Thursday as we make sense of this year's elections and look ahead to 2024.

Email us tips and feedback: Max Greenwood, Julia Manchester, and Caroline Vakil.  Someone forward this newsletter to you? Subscribe here.

Republicans at a crossroads as Trump prepares bid

The November midterm delivered a blow to the Republican Party last week as a number of their candidates in key gubernatorial, Senate and House races failed to deliver the “red wave” many in the party had hoped for. Republicans were unable to flip the Senate after Sen. Catherine Cortez Masto (D-Nev.) on Friday won her reelection bid against GOP contender Adam Laxalt -- the last senator needed to notch a 50-Democrat majority.

And while Republicans were able to flip some House seats, including ousting Rep. Elaine Luria (D-Va.) and Rep. Sean Patrick Maloney (D-N.Y.), the chairman of the House Democrats’ campaign arm, many vulnerable Democrats prevailed in their races. Republicans are still anticipated to flip the House, but that majority would be by a slim margin, giving groups like the House Freedom Caucus much more sway over GOP priorities.

Republicans have already started the blame game over the midterm results, with some pointing to former President Trump as one culprit as he weighed in heavily during the GOP primaries. As our Max Greenwood and Brett Samuels write, the party is now at a crossroads over its next steps as it anticipates an announcement from Trump later today that he’ll be seeking reelection.

Key quote: “There’s no doubt that his greatest strength is going to be in the primary,” one Republican strategist told Max and Brett. “The problem is — and the thing I just don’t think he’s come to terms with — is that for a lot of voters, he’s toxic, and that’s part of what you saw in the midterms.”

Meanwhile, as our Niall Stanage notes, there’s a few questions that remain about Trump’s announcement, including if the former president will even announce another run at the White House later tonight. And if he does, many are watching to see if he’ll address the midterm results for Republicans and if he’ll take aim at any other Republicans widely floated as presidential contenders, such as Florida Gov. Ron DeSantis (R).

But it’s become clear that even if Trump does announce another run, some Republicans are starting to signal that the GOP doesn’t belong solely to the former president anymore.

Breaking from Trump: Sen. Cynthia Lummis (R-Wyo.) was asked by a Politico reporter about if she would back the former president in the next election cycling, answering, “I don’t think that’s the right question. I think the question is who is the current leader of the Republican Party. Oh, I know who it is: Ron DeSantis.”

Still, in light of the election results, some members of his party suggest the president to hold off on announcing a bid, with the fear that doing so could disrupt the Georgia Senate runoff between Sen. Raphael Warnock (D-Ga.) and Republican Herschel Walker that’s slated for Dec. 6. As our Al Weaver reports, some Republicans worry that taking the focus off the race could make it harder for their party to notch a needed win in the Peach State.

“No, it doesn’t help,” one GOP strategist with Trump World ties told Al. “The 2022 midterms are not over and anything that takes away the ability to fundraise, to get the message out there, to keep the media and the journalists focused on this race, is bad for the Republican Party as a whole.”

Members of the party also disagree over whether they even want to see Trump be involved in a more forward-facing way, with some arguing that he should given that Walker is an endorsee of Trump while others say he should focus on channeling money from his super PAC to Walker’s campaign.

Where the race for the House majority stands

Republicans just need one more seat to notch control of the House, and the party seems poised to do just that. As our Regina Zilbermints and Zach Schonfeld write, Republicans have been able to flip or keep their seats in a number of key battleground races essential for flipping control of the lower chamber.

DEMOCRATS MAY NOT CLOSE THE DOOR ON MEDDLING IN GOP PRIMARIES

A controversial tactic used by Democrats this cycle where groups involved themselves in GOP primaries has largely paid off, elevating far-right candidates who later lost their bids to Democrats in House, Senate and governors’ races. Though the tactic didn’t work as projected in every race, the strategy ultimately didn’t appear to hurt their chances in key races and now Democrats are suggesting they’re not ruling it out in the next election cycle.

“Sure as hell hope they do,” Democratic strategist Jonathan Kott, a former aide to Sen. Joe Manchin (D-W.Va.), told our Caroline Vakil. “I like winning, and this was a strategy that brought us multiple victories, and everybody said there was going to be a red wave. So if Republicans want to keep putting up extreme candidates, I think it’s the Democrats’ job to show exactly who those people are.”

Wake up call: Though the strategy is not new and has been employed by both Democrats and Republicans, the tactic has attracted controversy from both parties. Critics have argued that Democrats have been hypocritical in the wake of their Jan. 6 committee hearings highlighting threats to democracy and amid worries that it could elevate more far-right candidates closer to being elected.

Democrats have largely defended the move, saying they used it as a way to start the general election early and that Republicans had not presented moderate alternatives akin to a Rep. Liz Cheney (R-Wyo.) during the primaries. Still, some in the GOP see it as a wake up call to start getting more involved in their primaries.

That’s it for today. Thanks for reading and check out The Hill’s Campaign page for the latest news and coverage. See you tomorrow.