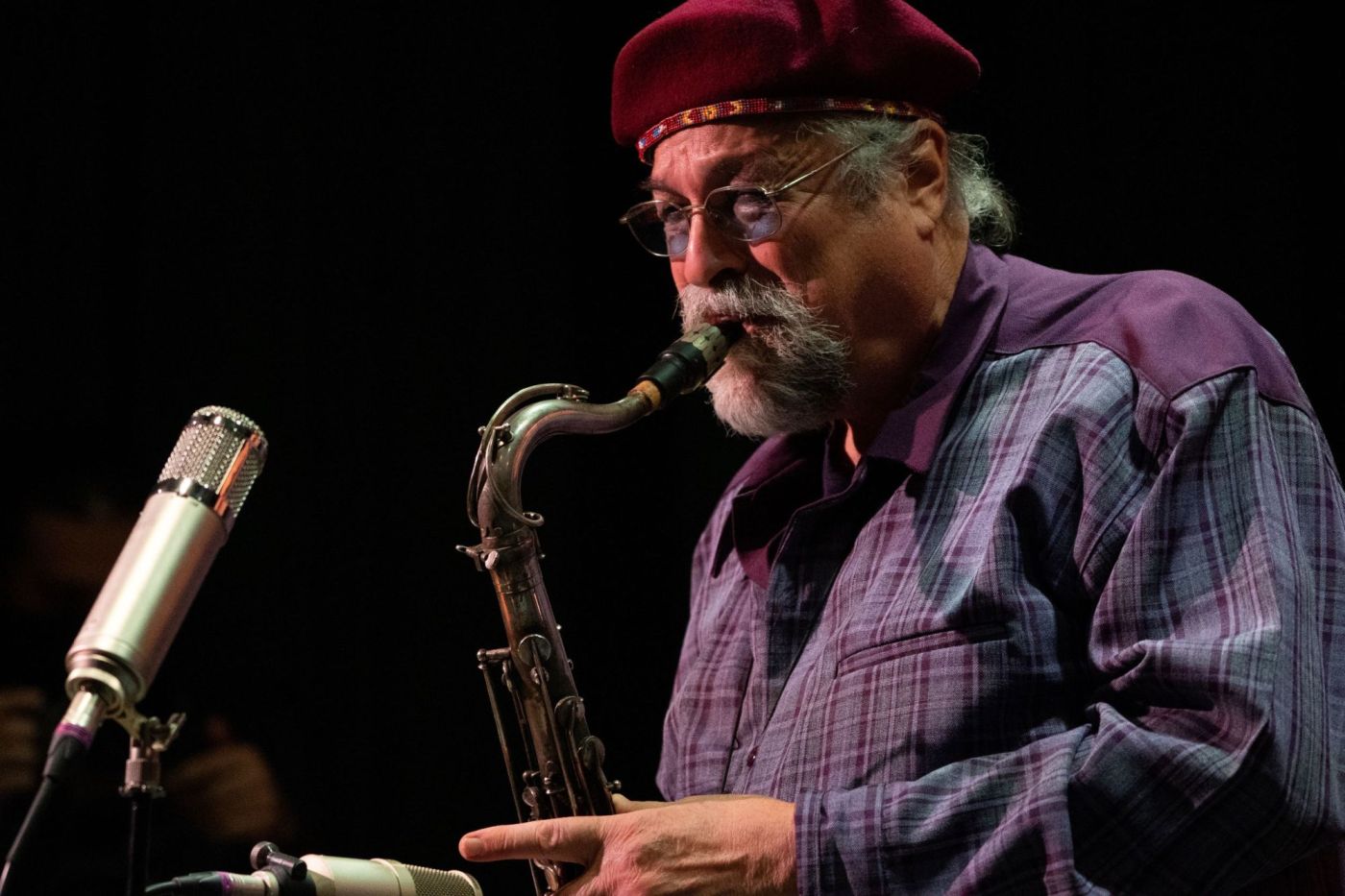 Joe Lovano was all set to make history again in the Bay Area.

One of jazz’s most revered artists since the 1980s, the saxophonist has often launched promising new projects on local stages, like his 2006 encounter with McCoy Tyner at Yoshi’s, which turned into the piano legend’s valedictory live album “Quartet” (with Christian McBride and Jeff “Tain” Watts).

Returning to the SFJAZZ Center after three years to complete his pandemic-delayed stint as a resident artistic director, Lovano had planned to open the four-night run Thursday by debuting a new collaboration with Joey DeFrancesco. But the Hammond B-3 giant’s shocking death in August at the age of 51 meant that highly anticipated communion will never take place.

“Joey was an inspired soul,” said Lovano, 69, who took over the tenor saxophone chair from Joshua Redman and spent two seasons in the SFJAZZ Collective, 2008-09. “He was such a major voice and amazing musician. During the last few years we were putting this ideas together and projecting some things for next fall.”

For Thursday’s concert Lovano is exploring some of the music he’d planned with DeFrancesco in an organ trio featuring L.A. B-3 master Larry Goldings and Lewis Nash, the consummate drummer who’s also propelling Friday’s show with Lovano’s Classic Quartet. That group draws on the saxophonist’s prolific association with the perpetually modern pianist Hank Jones (1918 –2010). Blue Note Records just released a remastered version of Lovano’s first album with the pianist, 2004’s “I’m All For You” with bassist George Mraz and drummer Paul Motian.

This iteration of the quartet features San Francisco-reared bassist Peter Washington and pianist Renee Rosnes, a founding member of the SFJAZZ Collective, “but I knew her before all that,” Lovano said. “I remember hearing her a lot with Joe Henderson and Bobby Hutcherson, and we’ve played some over the years. She’s a natural, incredible musician who calls the spirits, and something of a Hank Jones disciple.”

Revisiting one of his most popular connections on Saturday, Lovano teams up with longtime sparring partner, guitarist John Scofield, in a quartet with former SFJAZZ Collective bassist Matt Penman. While Bill Stewart was usually their drummer dating back to the 1991 Blue Note album that introduced Scofield’s quartet with Lovano, “Meant To Be,” this group features Joey Baron, who first met the co-leaders in Boston when they were all students at Berklee circa 1973.

“Joey through the years has been an inspiration,” Lovano said. “Every time we get together we follow the sound and create some new music. The first time I met and played with Matt Penman was in the Collective, and he went on to do a whole Asian tour with me and John. He initiates a lot of ideas, and has deep foundation in the role of the bass.”

With Sco and Lo’s book centering on sneaky grooves (Bill Stewart toured widely with Maceo Parker), Baron’s presence might take some fans by surprise. He’s often associated with jazz’s wild frontiers, particularly given his extensive history in the crunchiest phase of guitarist Bill Frisell’s career and saxophonist/composer John Zorn’s epochal quartet Masada with trumpeter Dave Douglas. “But that’s a long time ago,” Baron said from his studio in Berlin, where he’s lived since the early months of the pandemic.

In the years before be moved from L.A. to New York in 1982 and became a rhythmic catalyst on the Downtown scene, Baron played with mainstream jazz masters like pianist Hampton Hawes, vocalist Carmen McRae, and saxophonist Stan Getz. “That’s why I went to L.A.,” Baron said. “Carmen McRae was an idol and I wanted to learn from her, that physical thing the way she never wasted notes, telling a story and painting a picture with her lyrics. Wow, I want to be able to do that. I just apply everything I’ve learned throughout all the different situations I’ve played in.”

The run closes Sunday with Sound Prints, a quintet Lovano co-leads with trumpeter Dave Douglas that evolved out of their experience together with the SFJazz Collective in 2008 playing the music of Wayne Shorter. Featuring Baron, Penman, and pianist Lawrence Fields, Sound Prints also performs Monday at Kuumbwa Jazz Center.

“With Sound Prints there’s a real channeling of Wayne’s approach, his whole life and attitude about free expression,” Lovano said.