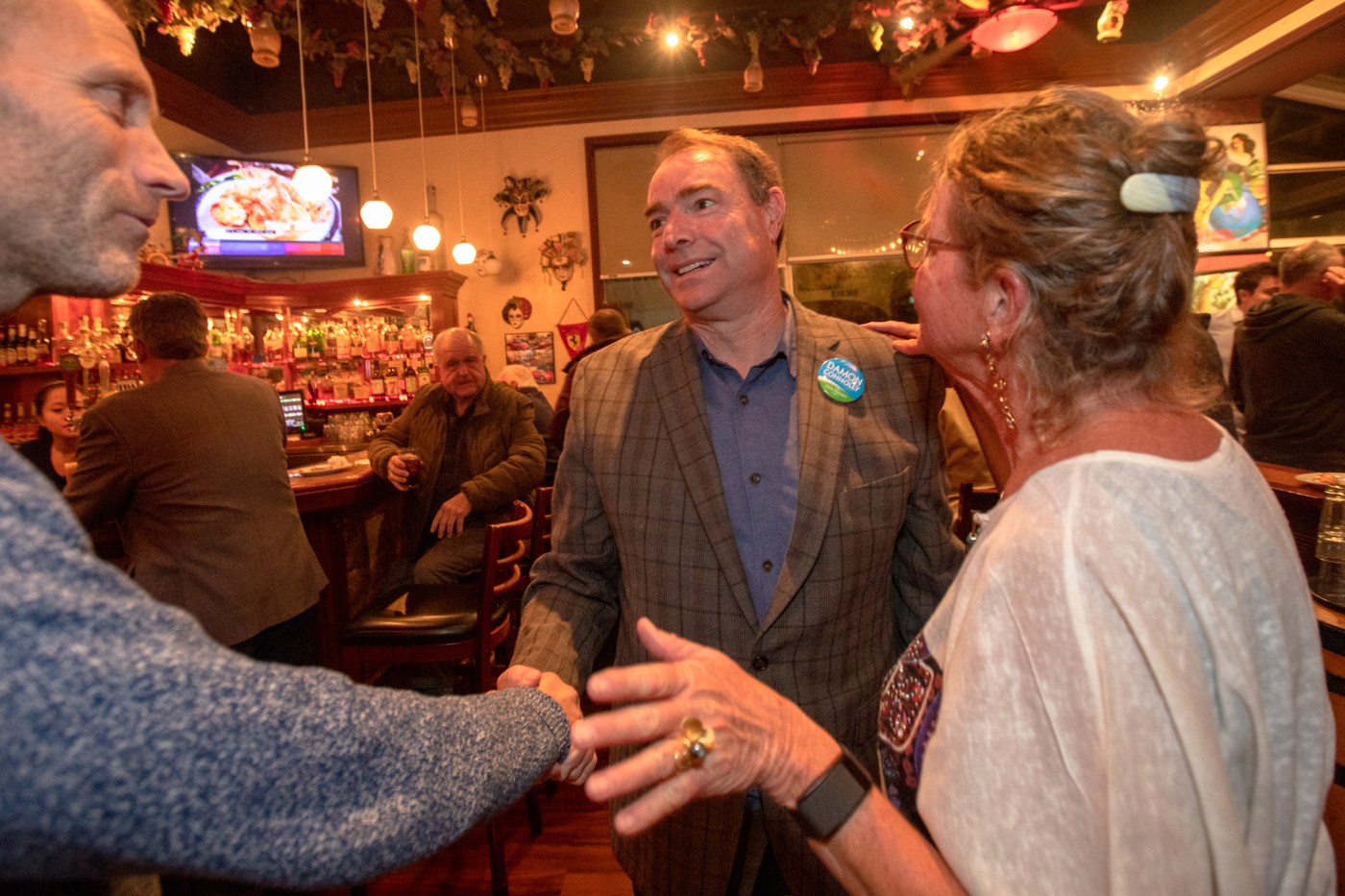 The Republican-Democrat divide was absent in the race for a seat in California’s state Assembly from the Marin-Southern Sonoma 12th District.

Under the Golden State’s electoral system, the top two candidates in June’s primary election, without regard to party identification, advanced to a runoff in November.

In the “deep blue” North Bay, it’s not surprising that the primary election Assembly candidates coming in first and second were both Democrats. The general election head-to-head contest involved Marin County Supervisor Damon Connolly and Kentfield’s Sara Aminzadeh, an appointed member of the California Coastal Commission.

Based on name recognition, Connolly was the early favorite. Aminzadeh, a new name to most Marin and Sonoma voters, made a splash when she entered the race. A surprise candidate, she had serious support from state Democratic legislators. As an attorney and parent of a young child, many women in her demographic found her highly relatable.

Connolly matched that appeal with his long local history and relationships. His campaign’s thrust was all about the North Bay. A past San Rafael City Council member, school trustee and county supervisor, he’s been a steady presence on governing boards, building chits and friends along the way. Contrast that to Aminzadeh, who emphasized her potential clout in Sacramento.

The runoff was between two attractive candidates with roughly equal campaign finance resources and significant endorsements. On statewide issues, both are liberal Democrats with Aminzadeh slightly to Connolly’s political left.

Her most prominent backer was Rep. Jared Huffman (D-San Rafael). Given there was no history of Connolly-Huffman animosity, the congressman surprised the local political establishment when he boldly backed political newcomer and experienced environmentalist Aminzadeh.

In June’s primary, Connolly garnered a larger vote in Marin. Aminzadeh similarly topped the supervisor in Sonoma. If she had kept that advantage in the general election, the final result could have been different. About 46% of District 12 voters are Sonomans.

Connolly took note of Aminzadeh’s primary margin in Sonoma and upped his game in the months leading to November’s balloting. The Marin supervisor took advantage of his local government connections. He garnered the endorsement of four of the five members of Sonoma County’s Board of Supervisors, plus Santa Rosa Mayor Chris Rogers.

Based on results posted so far, Connolly is winning in both Marin and Sonoma.

Now, once he takes office in late December, Connolly’s job is to carry the North Bay’s banner, promoting its interests at the state Capitol.

That’s not easy. Marin’s representatives have long been dismissed by their colleagues as representing an elite, wealthy Northern California enclave. While some petty jealousy is understandable, in the past, subtle anti-Marin prejudice was overcome by building strong personal relationships with colleagues.

It helps new legislators to select one or two priorities, developing expertise and earning respect. That combination is the route to powerful committee chairmanships in Sacramento.

Other than in the contests for three seats on the board of the Marin Municipal Water District (where two veteran incumbents appear to have been ousted), there weren’t many surprises in the recent election’s results. That doesn’t imply that all close races are decided. Upsets remain possible as we await the final tally.

Keep your eye on election returns for seats on the San Anselmo and Corte Madera town councils.

In the Hub City, the race for the second council seat remains neck and neck between veteran Councilmember Ford Greene and newcomer Tarrell Kullaway. In Corte Madera’s contest for two of the three open posts, three non-incumbents, Pat Ravasio, Rosa Thomas and Jim Andrews, are bunched together up in a close race. Mayor Eli Beckman is on his way to an easy reelection for the other seat.

Meet 2 college students who are in the business of Christmas: 'You never know until you try'