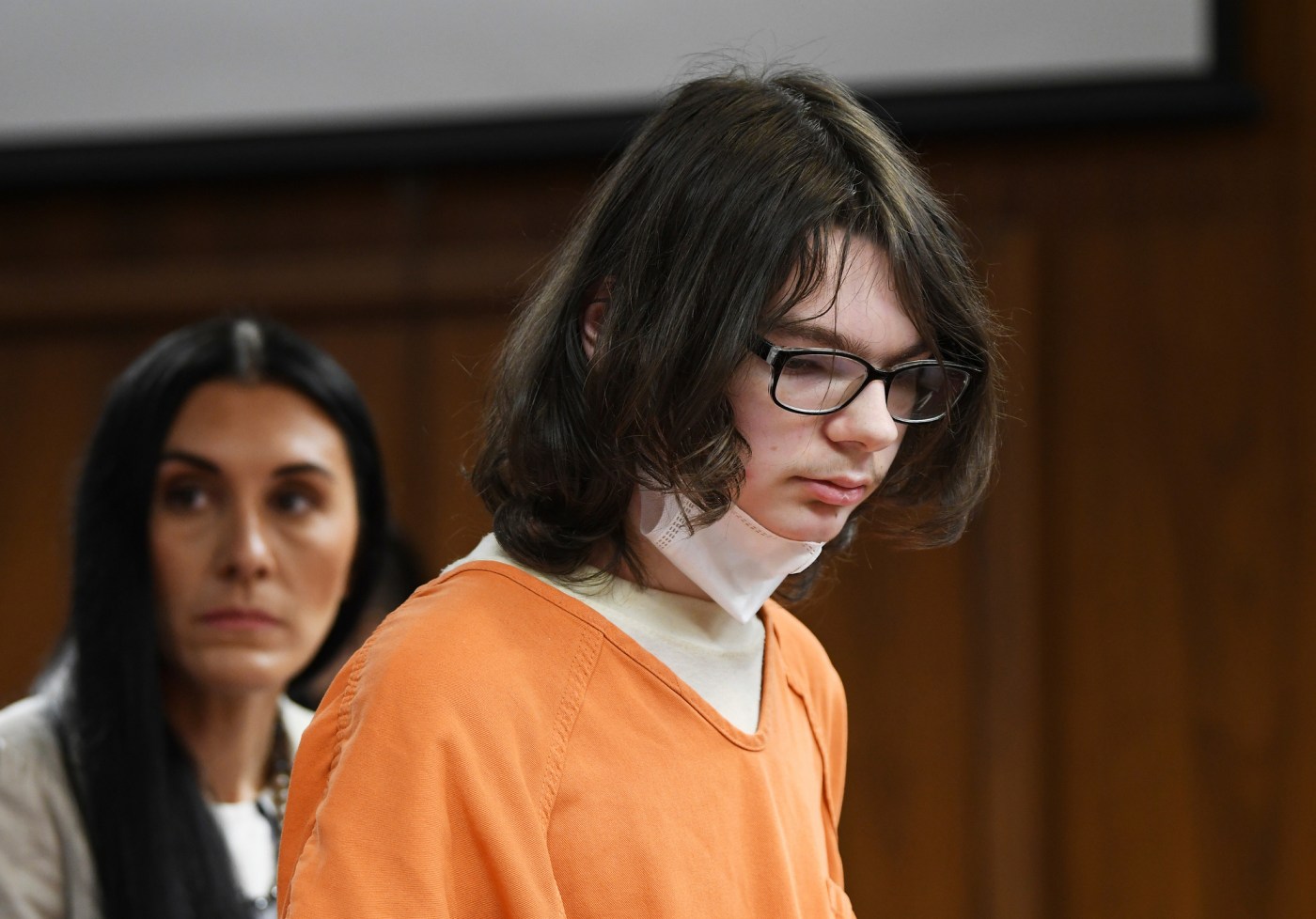 DETROIT — Prosecutors said they’ll seek a life sentence with no chance for parole for a 16-year-old boy who killed four fellow students at a Michigan school and pleaded guilty to murder and terrorism.

They disclosed their plans in a court filing Monday, three weeks after Ethan Crumbley, 16, withdrew a possible insanity defense and acknowledged the shooting at Oxford High School in November 2021.

A first-degree murder conviction typically brings an automatic no-parole sentence in Michigan. But teenagers are entitled to a hearing where their lawyer can raise immaturity, mental condition, family life and other issues while arguing for a shorter term.

Crumbley pleaded guilty to all 24 charges. The sentencing process is scheduled to start in February.

“A sentence of imprisonment for life without the possibility of parole is appropriate in this case,” Oakland County assistant prosecutor Marc Keast wrote.

Separately, the prosecutor’s office said Tuesday that Crumbley was “offered and promised nothing” for his guilty plea.

Judge Kwame Rowe will have flexibility. Under state law, possible prison terms for teens include parole eligibility after a minimum sentence of 25 years.

Defense attorney Paulette Michel Loftin said she’s disappointed but not surprised by the request for a life term. She believes Crumbley could be rehabilitated in prison.

The hearing “will give the court, as well as the public, a good inside look into the difficult home life of Mr. Crumbley and what challenges he was facing,” Loftin told The Associated Press.

The boy was 15 at the time of the shooting at Oxford High, roughly 30 miles (50 kilometers) north of Detroit. Four students were killed, and six more students and a teacher were injured.

His parents, James and Jennifer Crumbley, are jailed on charges of involuntary manslaughter. They’re accused of making the gun accessible to their son and ignoring his need for mental health treatment.

When he pleaded guilty, Ethan Crumbley said his father bought the gun for him with the teen’s own money just a few days before the shooting. The boy said the gun was not locked in a container or safe at home.

Ethan Crumbley had brought the 9mm Sig Sauer handgun and 50 rounds of ammunition to school in his backpack. Earlier that day, a teacher had discovered a drawing with a gun pointing at the words: “The thoughts won’t stop. Help me.” There was an image of a bullet with the message: “Blood everywhere.”

The Crumbleys declined to take their son home but were told to get him into counseling within 48 hours, according to investigators. Ethan Crumbley later went into a school bathroom, pulled out the weapon and began shooting.

In their criminal case, the parents are asking a judge to give them access to experts’ reports about their son’s mental state. They believe the information could be favorable to their defense.

“The Crumbleys maintain that they did not have any reason to believe that the shooter had mental health concerns” that would require treatment, defense attorneys said in a court filing Monday. “They admit that their son was experiencing sadness over the loss of his dog, his grandmother and a friend who had recently moved away.”

DeSantis wants a 'core curriculum.' That idea is college kryptonite.