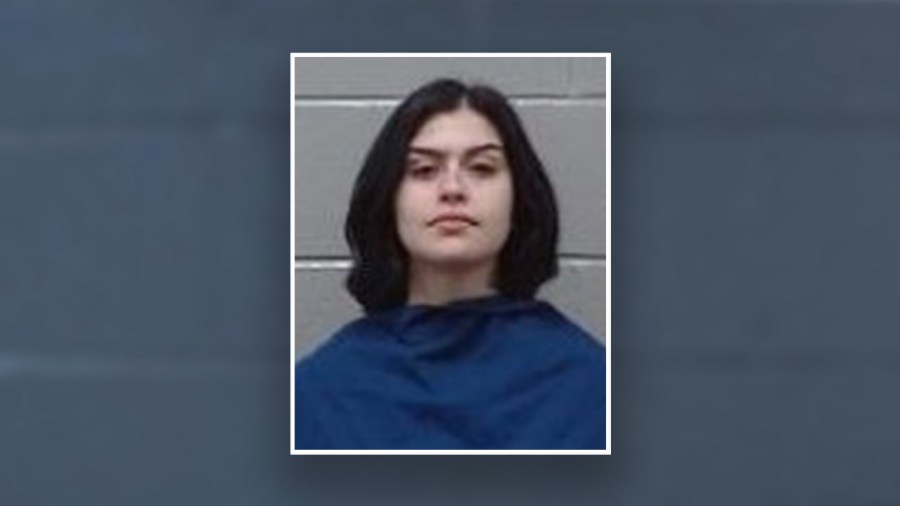 WICHITA FALLS, Texas (KFDX/KJTL) — A search for the mother of a 6-month-old baby left in the care of an intoxicated man who said he did not know what to do with him ends with the mother telling police to "just take my child, 'cause I'm a terrible mother."

When police arrived they said the man was on the front porch near a pool of blood and there was broken glass scattered on the porch and in the living room, and more blood throughout the house. Police said they could get no explanation for broken glass and blood.

An officer found the baby in an unsecured car seat on the couch. The car seat had no padding and the baby was lying on a dirty blanket and crying hysterically with a raspy voice.

The officer said there was a baby bottle next to the baby that contained a chalky milk substance that appeared old and undrinkable.

The officer asked the man, who appeared intoxicated, what had happened, and he said he and Thomas had gone to his father's house earlier with the baby and Thomas was drinking heavily.
After a while, he said they went to his house and on the way, they began arguing about her lack of care for her baby. He said she refuses to take responsibility for his care and often leaves the baby with him and he does not know how to care for him and did not want to be responsible for the baby.

Police said the man is not the father of the baby, and he described his relationship with Thomas as "a friend with benefits."

When they arrived at his house he said Thomas left the house on foot. That is when the man said he drove to the police department with the baby, then back to his house.

He said Thomas returned but did not ask about where the baby was or if he was ok.
An officer found Thomas in the bedroom and said she had a strong odor of alcohol on her breath and body and was slurring her words and yelling at officers.

When asked what had happened, they said she began rambling about things that happened to her in the past.

When an officer told her CPS would be notified they said she told them, "I'm no stranger to them, just take my child, 'cause I'm a terrible parent."

Thomas was arrested a year ago for an alleged assault of her father. Police said they were called to a house on Polk and found the father on the porch.

He told them he had picked up Thomas from her job at Bomb Shells on North Scott and tried to talk to her about her drinking, and she turned on the interior light and began slapping him in the face.

He said he drove her to her grandmother's house where she continued to slap him, and when he sat down on the couch she yanked his glasses off and poked him near his eye and punched him, then broke his glasses.

Police said they found Thomas in the bathroom and she appeared very intoxicated. She was charged with assault/family violence and the charge was later dropped when prosecutors said the victim refused to cooperate.

Why is Tunisia’s Ellyes Skhiri wearing a mask against France at the 2022 World Cup?

Today24.pro
Crypto Lender Matrixport Raises Valuation to $1.5B Despite FTX Collapse ‘How many Uber drivers does it take to pick up a disabled person?’: Disabled person says 3 Uber drivers canceled on them because of their service dog Billionaire investor Howard Marks touts a bargain boom as interest-rate fears grip markets - and predicts a surge in companies going bankrupt One of The Greatest Britons in History - Joe Calzaghe