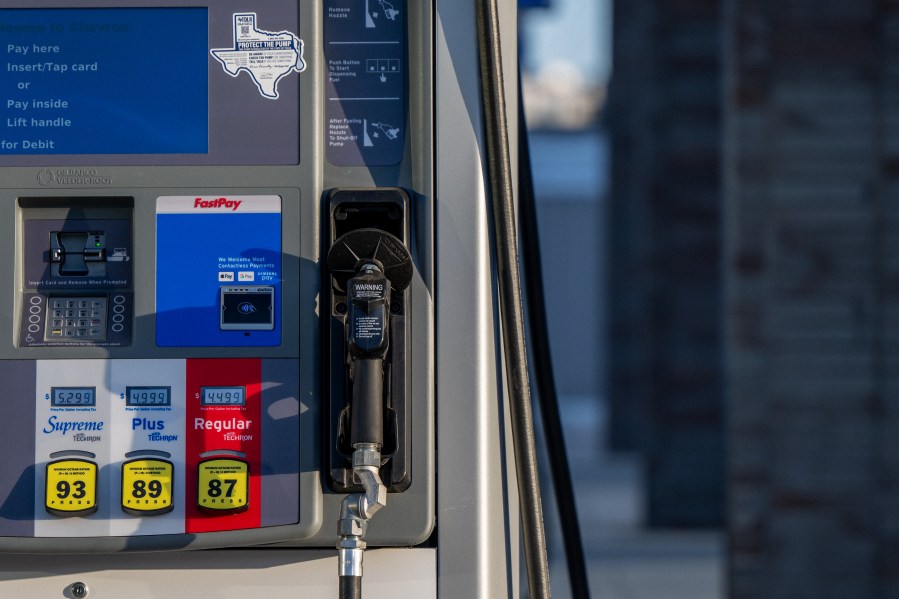 AUSTIN (KXAN) — Gas prices in Texas have declined by an average of $1.60 since the record highs recorded five months ago.

On June 15, a gallon of regular unleaded gas cost an average of $4.70 across the state.

As of Tuesday, the statewide average is now $3.10.

Drivers in Midland are currently paying the most at the pump: an average of $3.25 per gallon. Meanwhile, the McAllen metro area has the cheapest gas in the state right now, at $2.91 per gallon.

The map below shows average prices in metro areas across the state. The darker the red, the higher the price.

According to AAA, there are several factors that explain why some cities see higher gas prices. Individual retailers set their own prices, so local supply and demand can cause prices to change more quickly in some parts of the state compared to others. Distribution costs can also factor in.

While prices are still slightly higher than this time last year — by an average of 5 cents across the state — Texas has seen considerable improvement since the record highs in June.

The map below shows how prices have dropped since the June records. The darker the blue, the more cost savings that metro has seen.

Prices have decreased the most in the Sherman-Denison metro, north of Dallas. Prices there have dropped by $1.85 from a record high of $4.82 on June 16. The Dallas and Fort Worth-Arlington metro areas are close behind, with decreases of $1.78 and $1.77 since their respective peaks.

San Antonio drivers have seen a drop of $1.65 since record highs there, while price in the Houston area are down $1.61. Prices in the Austin-San Marcos metro have declined by $1.60, the same as the statewide average.

The statewide average of $3.10 means Texas currently has the cheapest gas in the nation, followed by Georgia then Mississippi.

Texas has also seen the largest drop in prices of any state. The District of Columbia is next, with a decrease of $1.49 from a record of $5.26 on June 13.

Across the country, 12 states have averages above $4 a gallon. Only Hawaii and California remain above $5 a gallon, at $5.21 and $5.42 respectively.