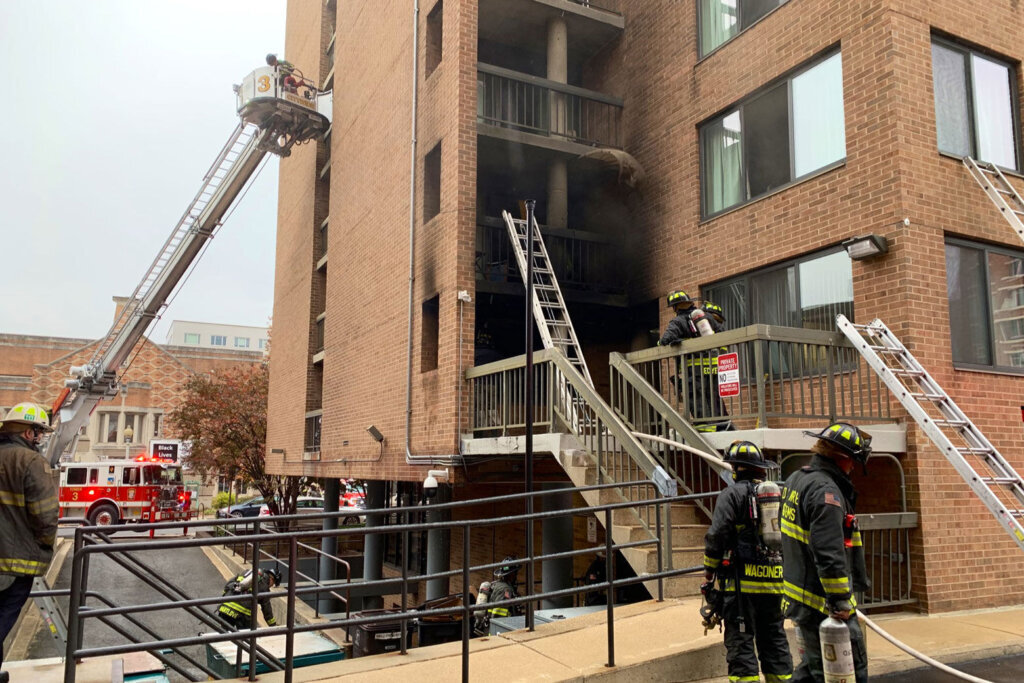 Senior citizens are being rescued by ladder after a fire in a building in the Foggy Bottom area of D.C. on Tuesday.

The two-alarm fire started around 11:30 a.m. in an eight-story building on 24th Street Northwest, near G Street and Virginia Avenue, said Vito Maggiolo, of DC Fire and EMS.

When fire crews got there, they saw fire coming from a second-floor apartment, as well as heavy smoke “spiraling into the upper floors,” he said.

They were able to extinguish the fire in the apartment, he added, but they still needed to get people, some of whom were “in distress,” out of the building, often through hand ladders at the back of the building.

“This is a senior-citizens facility, so we have people who are mobility-challenged,” Maggiolo said, “and of course that makes the rescues more complicated.”

Residents are being triaged and treated outside the building, Maggiolo said; he didn’t know yet how many there were, or what shape they’re in.

They have to clear the smoke before they can work out what the damages are, and how many people might need somewhere else to stay, he added.

Turkey May Make Decision on Finnish NATO Membership That Will 'Shock' Sweden: Erdogan

Today24.pro
What has happened this MLB offseason? A look at all the moves made in the AL and NL Central. Dumb Things In Marvel's Phase 4 That Didn't Make Any Sense How to Fall Asleep in 60 Seconds (OR LESS) 10+ Outdoor Survival Skills & Bushcraft Tips