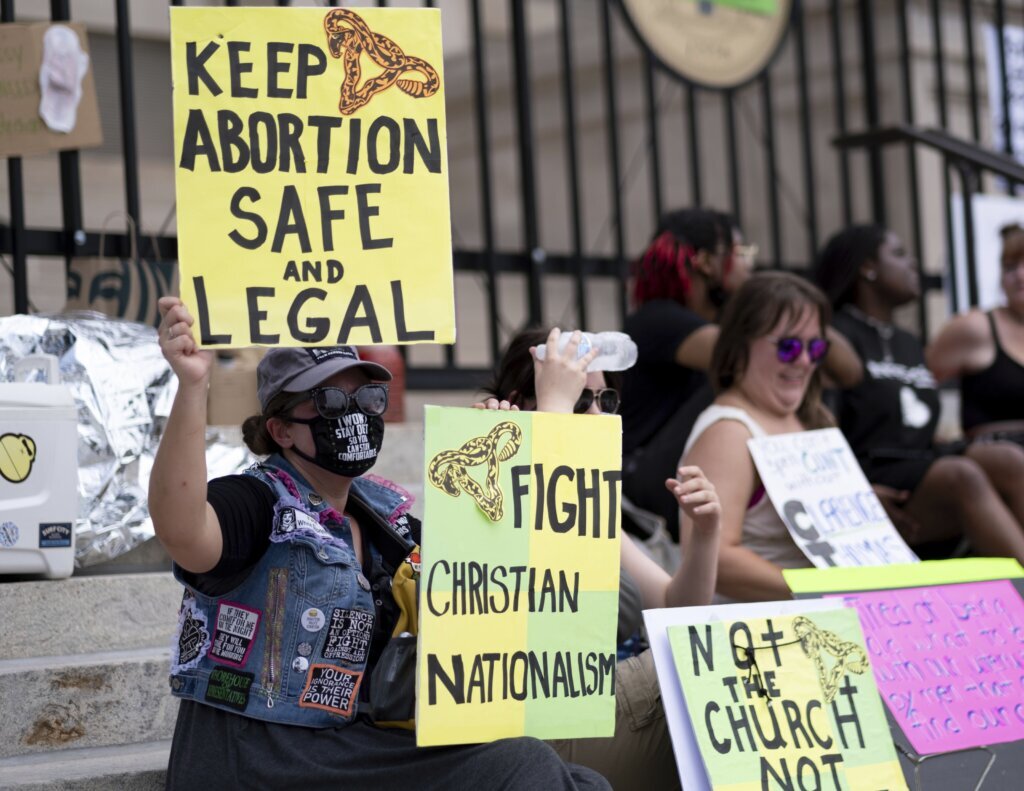 ATLANTA (AP) — A judge overturned Georgia’s ban on abortion starting around six weeks into a pregnancy, ruling Tuesday that it violated the U.S. Constitution and U.S. Supreme Court precedent when it was enacted.

It prohibited most abortions once a “detectable human heartbeat” is present. Cardiac activity can be detected by ultrasound in cells within an embryo that will eventually become the heart as early as six weeks into a pregnancy. That means most abortions in Georgia were effectively banned at a point before many women knew they were pregnant.

Kara Richardson, a spokesperson for Georgia Attorney General Chris Carr, said in an email that the office intends to pursue an “immediate appeal.”

McBurney’s ruling came in a lawsuit filed in July by doctors and advocacy groups that sought to strike down the ban on multiple grounds, including that it violates the Georgia Constitution’s right to privacy and liberty by forcing pregnancy and childbirth on women in the state.

McBurney’s ruling agreed with a different argument made in the lawsuit, that the ban was invalid because it violated the U.S. Constitution and U.S. Supreme Court precedent at the time it became law.

Georgia’s law was passed by state lawmakers and signed by Republican Gov. Brian Kemp in 2019 but had been blocked from taking effect until the Supreme Court overturned Roe v. Wade, which had protected the right to an abortion for nearly 50 years. The 11th U.S. Circuit Court of Appeals allowed Georgia to begin enforcing its abortion law just over three weeks after the high court’s decision in June.

McBurney wrote in his ruling that when the law was enacted, “everywhere in America, including Georgia, it was unequivocally unconstitutional for governments — federal, state, or local — to ban abortions before viability.”

The state had argued that the Roe decision itself was wrong and the Supreme Court ruling wiped it out of existence.

McBurney did leave the door open for the state Legislature to revisit the ban.

Now that the Supreme Court has overturned Roe v. Wade, the prohibition on abortions provided for in the 2019 law “may someday become the law of Georgia,” he wrote.

But, he wrote, that can happen only after the General Assembly “determines in the sharp glare of public attention that will undoubtedly and properly attend such an important and consequential debate whether the rights of unborn children justify such a restriction on women’s right to bodily autonomy and privacy.”

Today24.pro
Billionaire investor Howard Marks touts a bargain boom as interest-rate fears grip markets - and predicts a surge in companies going bankrupt RoboCV: stacker robot I make $1,000 a month by promoting Amazon products on social media. It only takes 5 hours per week — here's how I set up my side hustle. One of The Greatest Britons in History - Joe Calzaghe