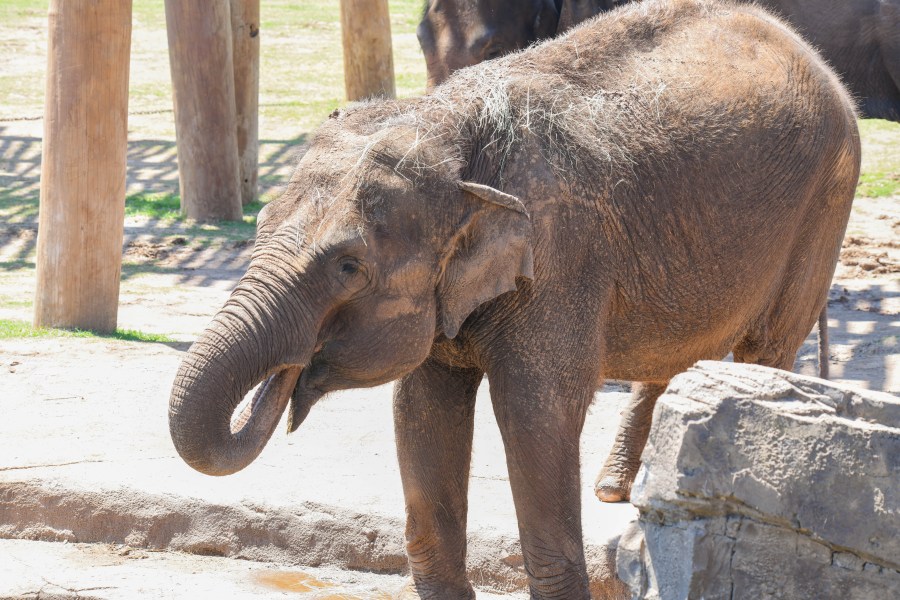 OKLAHOMA CITY (KFOR) - The Oklahoma City Zoo and Botanical Garden is mourning the loss of a maternal figure for the local elephant herd.

Officials say they had to humanely euthanize the zoo's oldest Asian elephant, Bamboo, on Tuesday morning.

Bamboo passed away peacefully inside the zoo's elephant barn. Caretakers also brought the entire elephant herd together inside the barn to be near Bamboo.

At approximately 56-years-old, Bamboo was the zoo's oldest Asian elephant and considered geriatric. According to the Association of Zoos and Aquariums, the median life expectancy of a female Asian elephant is 47.

Bamboo's mobility was impacted due to suspected damage to a ligament in her right knee. Officials say she occasionally experienced temporary loss of strength in her rear right leg, which caused it to 'buckle' or 'give out.'

These incidents were increasing in recent weeks. Due to her instability, Bamboo was no longer able to take part in physical therapy.

Caretakers say they realized her quality of life was diminishing beyond medical treatment. As a result, the zoo's veterinary team decided to euthanize Bamboo.

“I can smell it right now! That’s a lot of pot!” Traffic stop leads to huge pot bust for Seminole Police Dept.

“Bamboo was a wonderful elephant and it was honor to care for her throughout her senior years,” said Rachel Emory, OKC Zoo’s curator of elephants and rhinos. “Though this decision was extremely difficult we did not want Bamboo to experience any pain or suffering and together, as a team, decided it was time to say goodbye.”

“The Oklahoma City Zoo strives to provide the best care and welfare, from birth to death, for all of the wildlife that call the Zoo home.” said Jennifer D’Agostino, OKC Zoo’s director of veterinary services. “However, when an individual animal’s health declines beyond the help of medical therapy, compromising its quality of life, we have to make the difficult decision to humanely euthanize that animal.”

Bamboo came to the Oklahoma City Zoo in 2015 from Woodland Park Zoo in Seattle, Washington after they decided to relocate their elephants.

Bamboo was affectionately known as the grandmother of the Zoo’s elephant herd and also enjoyed her independence from the herd. Bamboo developed a special bond with the herd's youngest male elephant, Kandula, and spent a lot of time with him.

Cancer horoscope: What your star sign has in store for February 5 to 11

Today24.pro
The Sad Death Of Lisa Loring, The Original Wednesday Addams Things Discovered By Accident The Colors of the Desert - The Yellow Sahara Nature Documentary The Bermuda Triangle Explained