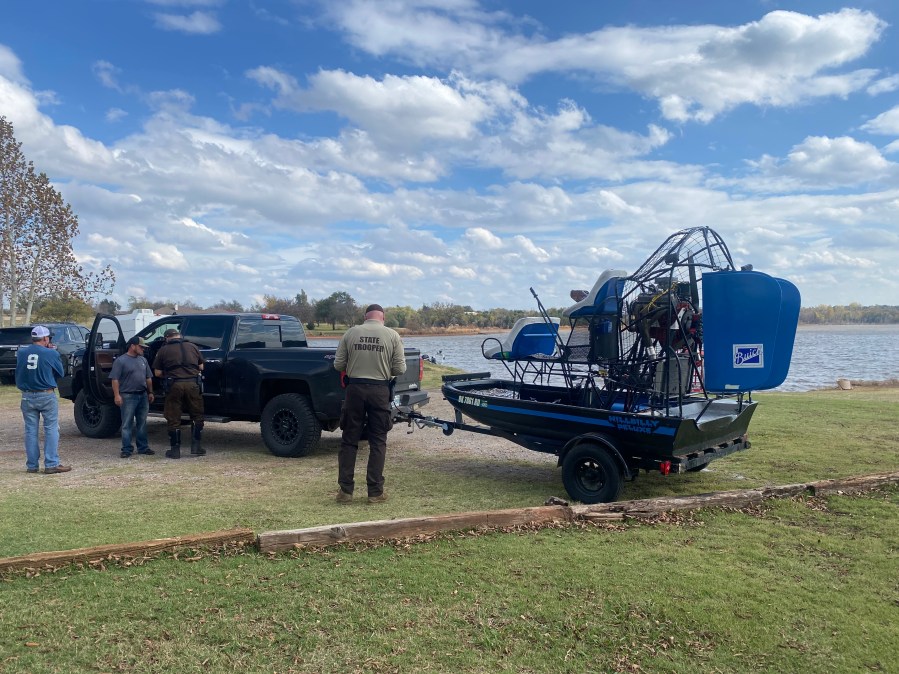 GUTHRIE, Okla. (KFOR) - Authorities are releasing new information about three men who died at a local lake in Logan County.

Shortly after 1 p.m. on Nov. 8, emergency crews were called to the Guthrie Golf and Country Club in Logan County on a possible drowning.

Investigators with the Oklahoma Highway Patrol say an airboat was heading south on the country club's lake when it suddenly began to fill with water due to being over capacity.

OSBI: Man shoots, kills child before turning gun on self

As a result, the three people on board had to attempt to swim to shore.

Sadly, all three men drowned in the process.

Officials say the bodies of 38-year-old Kyle White, 33-year-old Justin Blake, and 29-year-old Andrew Allison were all pulled from the water.

Investigators say the cause of the incident is likely inexperience and the boat being over capacity.

Moose on the Loose: The Rangers' early struggles continue in Colorado