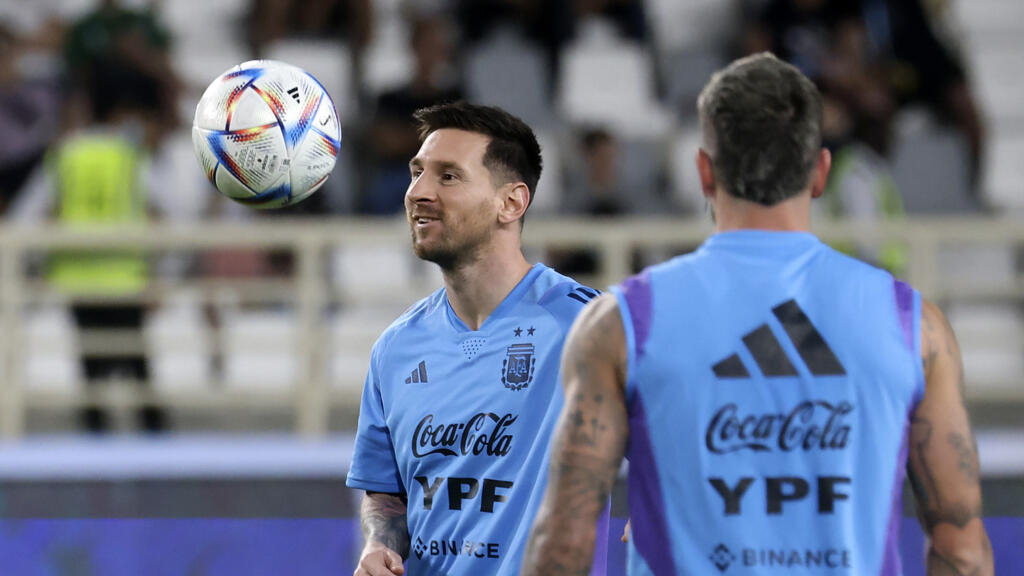 La Albiceleste, who face the United Arab Emirates in a friendly in Abu Dhabi on Wednesday before flying to Doha, are currently on a 35-game unbeaten run. Scaloni, who guided Argentina to their first major trophy in 28 years at the last year's Copa America, named a 26-man squad led by Lionel Messi on Friday. "We don't have pressure because at the end this is football, we’re going to play a football World Cup," Scaloni told reporters in the UAE capital. "We're conscious what football represents for Argentina but it's sport and that's why we have to step on the pitch and do our own thing. "We have to come out and play the way we know how to. And then there are a lot of unknowns." Scaloni used the example of the 2002 tournament in Japan and South Korea, where two-time world champions Argentina exited at the group stage. "Despite the disappointment of losing, the people still recognised that the team was one of the best and they didn't deserve to get knocked out of the World Cup," he said. "But football is like this and if we believe that we will win just by decree then that would be a mistake. "And that has happened, not only with Argentina, but with other teams. We’re going to try to give our best and try to get as far as we can." Scaloni, 44, said he was confident that Roma forward Paulo Dybala would recover in time for the World Cup after being sidelined with a hamstring injury. "We were very relaxed about it," he said. "His club and the coach have taken the right steps, so we are very happy because he is a person who we really appreciate and deserves this opportunity." Messi and the rest of the squad held an open training session in front of a packed Al Nahyan stadium on Monday, where the Paris Saint-Germain star dazzled the crowd with his skills. Argentina kick off their World Cup campaign against Saudi Arabia on November 22. "We know Saudi Arabia well," said Scaloni. "We watched them a few days ago against Panama. It's a very good team, a technically strong team with fast players, similar to the UAE. "They will make things difficult for us. On top of that it is our first game of the World Cup, which is always difficult. But this is the World Cup and every game is difficult."

I’m a car mechanic and I’m sick of working on filthy cars – would you tolerate working in these conditions?

Today24.pro
Five ways struggling families can get free cash to help pay for food this Christmas Best Android app 2022 – Google reveals top pick for the year and it’s totally free The Darkest Secret and Tragedy of Edwin Valero In the age of megachurches, communion has become a big business