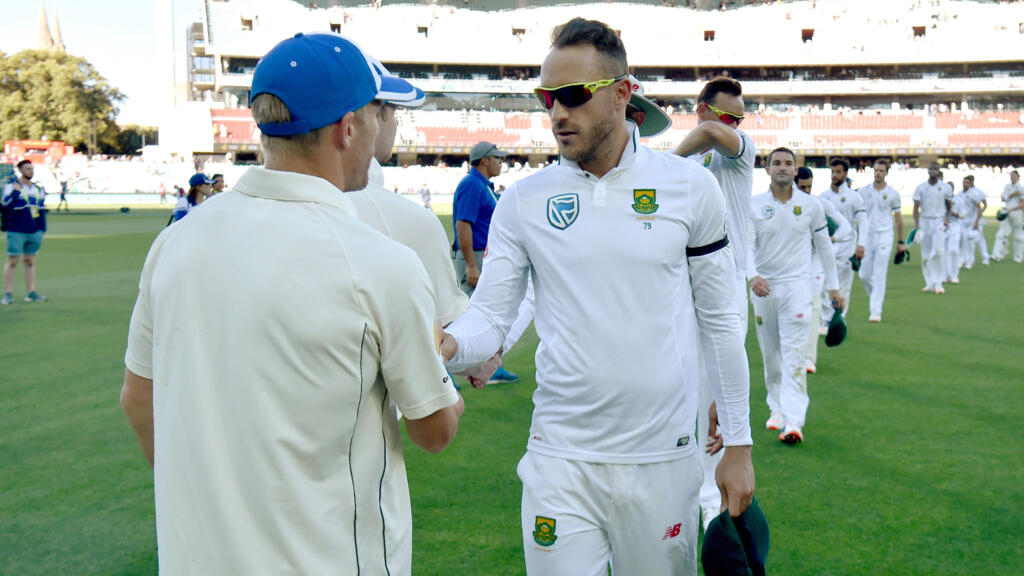 In an interview with the BBC to coincide with the recent publication of his book, 'Faf: Through Fire', Du Plessis recalled the Australia batsman's role in a now infamous incident during the first Test in Durban in 2018. At tea on the fourth day, with South Africa's Aiden Markram and Quinton de Kock batting to save the Test, Warner started hurling a volley of abuse at De Kock in the players' tunnel. The already dismissed Du Plessis emerged from the home dressing room clad only in a towel wrapped around his waist and helped cool tempers. Australia won the match by 118 runs. But it was South Africa who would take the series, which would see Warner, Australia captain Steve Smith and batsman Cameron Bancroft all banned for their roles in the 'Sandpapergate' ball-tampering controversy in the third Test, 3-1 in a highlight of Du Plessis's four-year tenure as skipper. "Australia wanted to bully us," Du Plessis, 38, told the BBC as he reflected on the Durban match. "We had to stand up for ourselves. They abused us that whole game but the way we fought back turned the series around." And while he had some sympathy for the impressionable Bancroft and admiration for the talented Smith, there was no such goodwill towards Warner. "He was a bully," said Du Plessis. "I don't have time for bullies." 'Self-doubt' But Du Plessis, who scored over 4,000 runs, including 10 hundreds, in 69 Tests at an average of 40, before calling time on his red-ball international career last year, made no attempt to shy away from his role in other controversial incidents. There was 'Zipgate' -- when he was found guilty of rubbing the ball on the zipper of his trousers against Pakistan in 2013 - and 'Mintgate' - an incident in 2016 against Australia where he was seen applying saliva from a mint onto the ball. "I'm not perfect," he said. "I've never claimed to be. I've never been the most talented player. "Yes, I have talent, but it's hard work and mental toughness that got me to where I am." But the batsman insisted his was a "story about failure", adding: "I wanted to write a book about leadership, about relationships, about struggle...I was a person who was filled with self-doubt and insecurity. And that's OK."

The First Ascent of Lightning Bolt Cracks… Before Cams