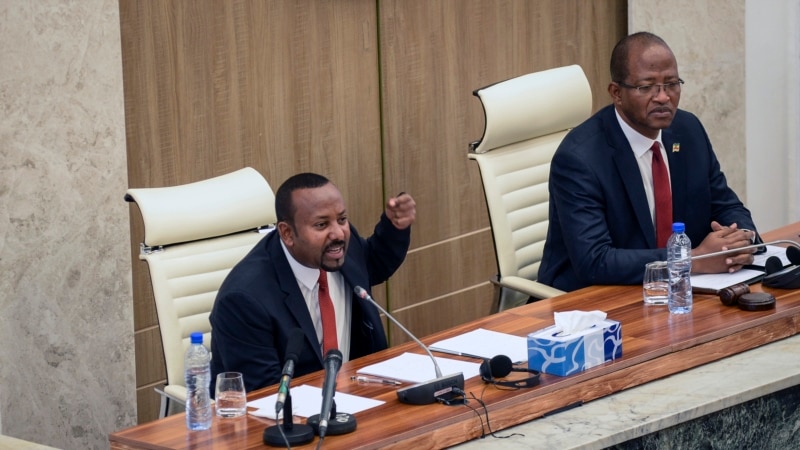 Ethiopia’s Prime Minister Abiy Ahmed has told lawmakers in parliament he is committed to a peace deal struck with Tigrayan leadership in South Africa earlier this month to end two years of deadly conflict in northern Tigray region. In his address to parliament Tuesday, Ethiopia’s Prime Minister Abiy Ahmed said the warring parties must now ensure they follow through on the agreement. “We have discussed, we have agreed, we have signed,” said Abiy. “What is expected next is to implement.” Only implementation, he added, could “make the peace sustainable.” Under the terms of the November 2 cease-fire deal in Pretoria, Ethiopia’s federal government will take control of the Tigray region’s borders, roads, and airports while Tigrayan fighters will disarm. On November 12, military commanders representing Ethiopia’s federal government and the Tigray region signed an agreement which included the disarmament of heavy weapons and the withdrawal of “foreign and non-ENDF (federal military) forces” from the Tigray region. Disarmament is set to start on November 15, according to a copy seen by VOA. Abiy also stressed peace was necessary to repair the economy and maintain the “existence, sovereignty, and unity” of Ethiopia, Africa’s second-most populous country with 120 million people. “Peace is all the time good,” he said. “Even if you are winning, war is bad all the time because you are killing people, you are firing dollars.” The Ethiopian prime minister was responding to questions from lawmakers. The cease-fire signed in Pretoria commits the federal government to ensuring unhindered aid access to Tigray, where the region’s six million people need urgent food and medicine. Over the weekend, Ethiopia’s federal government said basic services were “slowly being restored to Tigray.” But humanitarian workers say aid trucks are yet to be allowed into the region.
Авто

Today24.pro
How to deal with rejection How to Fall Asleep in 60 Seconds (OR LESS) EASY chili recipe for dinner #food New Honda Civic Type R review: Is it really better?