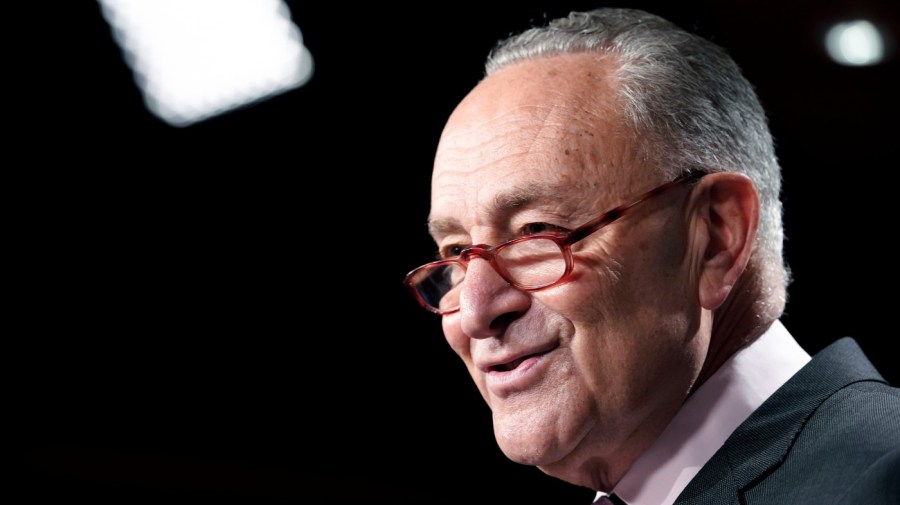 Senate Majority Leader Chuck Schumer (D-N.Y.) called on “non-MAGA Republicans” to work with Democrats to pass legislation in the next two years as each party is likely to control one house of Congress.

Schumer told The New York Times in an interview on Monday that he plans to reach out to Senate Minority Leader Mitch McConnell (R-Ky.) and other Republicans to work with Democrats to make accomplishments instead of just remaining in a stalemate.

“What gives us the opening is that they know embracing Trump and MAGA is a failure,” he said. “Not all Republicans know it, but a large number do.”

Democrats are projected to hold onto their majority in the Senate, while the Republican Party is likely to win control of the House but by a much narrower margin that was originally expected after Democratic candidates outperformed the polls in many races across the country.

Many Trump-backed candidates who repeated the former president’s false claims about the 2020 presidential election being stolen lost in key contests that determined the makeup of next session’s Congress.

Rep. Liz Cheney (R-Wyo.) has said the results of the midterms are a clear victory for “team normal,” while billionaire Ken Griffin said he was pleased with extreme candidates on both sides losing.

Schumer did not specify specific areas he hopes the parties could cooperate on, but he said Democrats’ performance in the midterms was a gift for passing bills on climate change, gun safety and prescription drug costs.

He said he will tell his party that they will have to compromise, but “it is a lot better to accomplish something than to just make a mark.”

Schumer said the midterms made him more of a believer in the power of legislative achievements.

The Times reported that McConnell said the results of the midterms demonstrate the close political divide of the country and he welcomes a narrow GOP majority in the House.

“It appears the likeliest outcome would mean the American people have put a stop to two years of Democrats’ disastrous one-party government,” he said.

“If they will not help us address the ways their policies are hurting families, they will encounter stiff resistance from the sizable Senate Republican conference that half the country elected to be their voice,” McConnell added, referring to Democrats in Washington.

Police: Man doused victim in gasoline, threatened to light them on fire

Ryan Bader scoffs at disclosed Bellator 290 pay, says he makes ‘8, 9 times more’ than he did in UFC

Deadly Turkey-Syria earthquakes: How to help