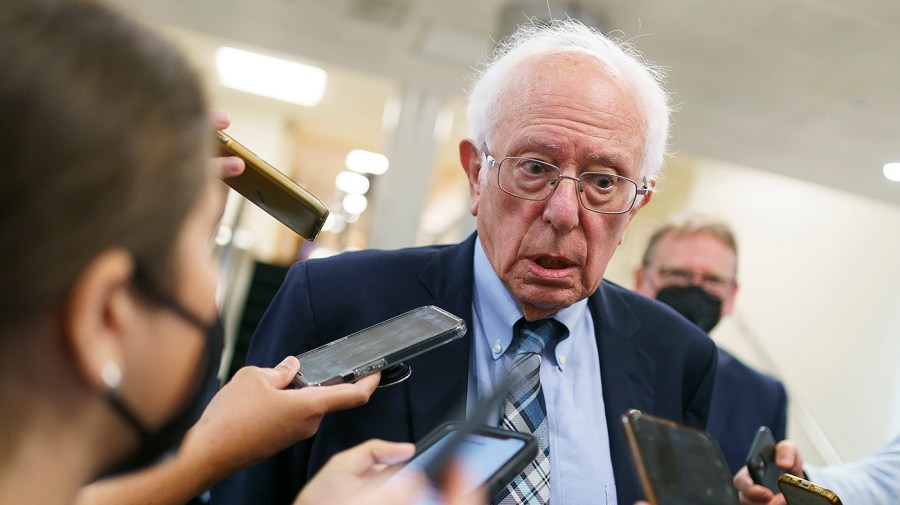 Sen. Bernie Sanders (I-Vt.) said the impact of money from billionaires on the midterms was "disgusting," and is not getting enough attention.

“One of the other factors not talked about, I think, enough is the degree to which billionaire money impacted this election. It’s disgusting,” Sanders told Rolling Stone.

“As I mentioned, I was in Pittsburgh with Summer Lee. She had to run against millions of dollars of AIPAC super PAC money coming in the last couple of weeks, and she ended up beating it back,” the 81-year-old lawmaker added. “This is a major, major problem.”

Sanders also told Rolling Stone that the Democratic party need to continue to prioritize issues such as abortion rights and inflation in the next two years, to show that it is fighting for the working class.

“So I think in the next few years, the Democrats have got to stand up for the working class in this country, which is being battered. Inflation is hurting people today. Working people are making less in real inflation adjusted dollars than they made 50 years ago,” Sanders said.

“Can you believe it? I mean, unbelievable, despite the huge increase in worker productivity. So I think our focus has got to be to take on the greed of the one percent and the CEOs in the corporate world and create an economy that works for all, not just a few. I don’t surprise you by saying that, right?”

Democrats scored unexpected victories in key battleground states in last week’s midterm elections, keeping control of the Senate, flipping the governors office in states including Arizona, and keeping GOP gains in the House well below an expected "red wave."

Progressives also scored a number of wins in the House and Senate, expanding their ranks on Capitol Hill and inspiring confidence about future plans.

Today24.pro
Portuguese artist Santiago Ribeiro exhibit in Moscow Sam Bankman-Fried could face extradition from the Bahamas to the US: Here's how, legal experts explain Anthony Joshua returns to America in search of new coach ahead of boxing return and links up with trainer Virgil Hunter Marin commercial property sales sapped by interest rate hikes