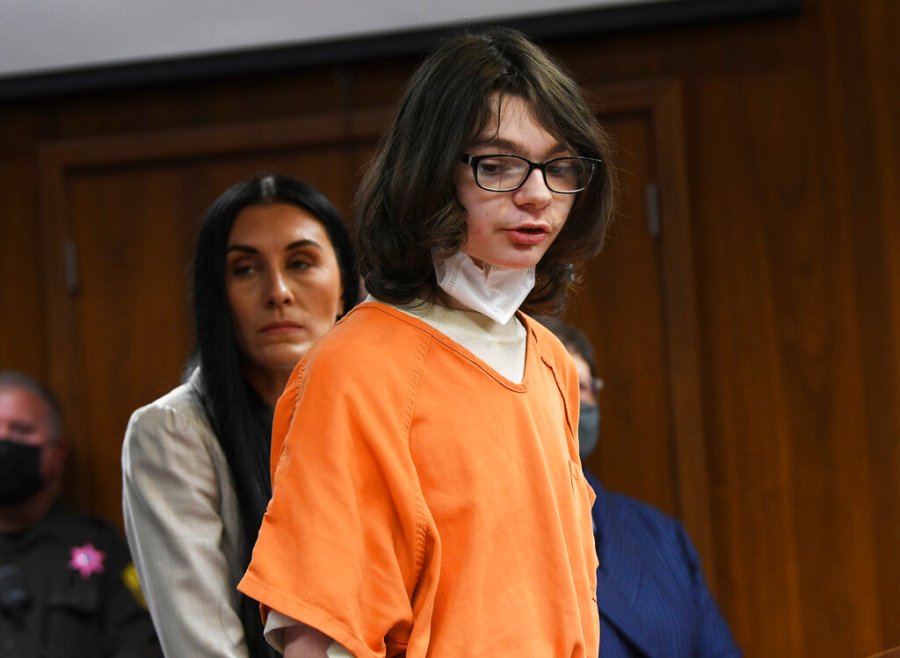 Prosecutors will seek a life sentence without the possibility of parole for the 16-year-old boy who pleaded guilty to murder and terrorism charges after he killed four students at a high school in Michigan.

Ethan Crumbley pleaded guilty last month to 24 charges for killing four and injuring seven at Oxford High School last November after he withdrew an attempt at an insanity defense. A conviction for first-degree murder usually brings an automatic life sentence in Michigan, but teenagers are allowed to have a hearing where their attorney can argue for a shorter sentence based on mental health and other grounds.

The sentencing process for Crumbley is scheduled to begin in February.

The shooting received increased national attention after Crumbley’s parents were arrested on charges of involuntary manslaughter. Prosecutors allege James and Jennifer Crumbley made the gun their son used accessible to him and ignored his need for mental health treatment.

Ethan said while pleading guilty that his father bought the handgun for him using Ethan’s money a few days before the shooting. He said the gun was not locked in any container or safe.

He brought the gun and 50 rounds of ammunition to school in his backpack. A teacher discovered a drawing Crumbley made earlier on the day of the shooting with a gun pointing at the words, “The thoughts won’t stop. Help me.”

The Crumbley parents chose not to take their son home, but they were instructed to set him up with counseling within 48 hours. Ethan started shooting later that day.

The Associated Press contributed to this report.

I worked at Victoria’s Secret – what you need to stop doing in the dressing rooms, it makes us uncomfortable

Today24.pro
Billionaire investor Howard Marks touts a bargain boom as interest-rate fears grip markets - and predicts a surge in companies going bankrupt Crypto Lender Matrixport Raises Valuation to $1.5B Despite FTX Collapse One of The Greatest Britons in History - Joe Calzaghe I make $1,000 a month by promoting Amazon products on social media. It only takes 5 hours per week — here's how I set up my side hustle.