The AC Milan forward, 23, continues to be linked with a transfer away from the San Siro.

And with just 18 months left to run on his current deal with the Italian champions, the Blues are expected to step up their pursuit in 2023.

Leao’s dad Antonio spoke with Record in their homeland Portugal and was quizzed on the winger’s future.

Asked about his contract renewal at Milan, links with Chelsea and the legal dispute with Sporting, Leao Sr said: “The answer is: we are working on it.”

Then asked directly if he meant signing a new deal or on the transfer to Stamford Bridge, he added: “We are dealing with it, because Rafael Leao has a contract that ends in 2024. 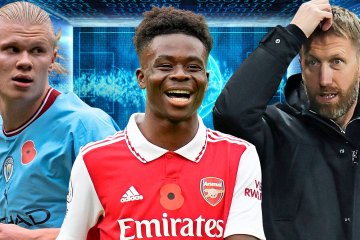 “Until that date, we are dealing with all of that.

“Without Chelsea, without Barcelona, without Real Madrid, we are dealing with that.

“Rafael loves being in Italy. He has an affection for the Italians that the Portuguese don’t have for him.

The winger – also a target for Manchester United – has scored seven and assisted nine in Serie A and the Champions League this season.

That strong form saw him named in Fernando Santos’ Portugal squad for the World Cup – alongside Cristiano Ronaldo and Bruno Fernandes who had a frosty handshake in the dressing room.

FinTechs See Partnership Potential as Businesses Refocus on Their Core