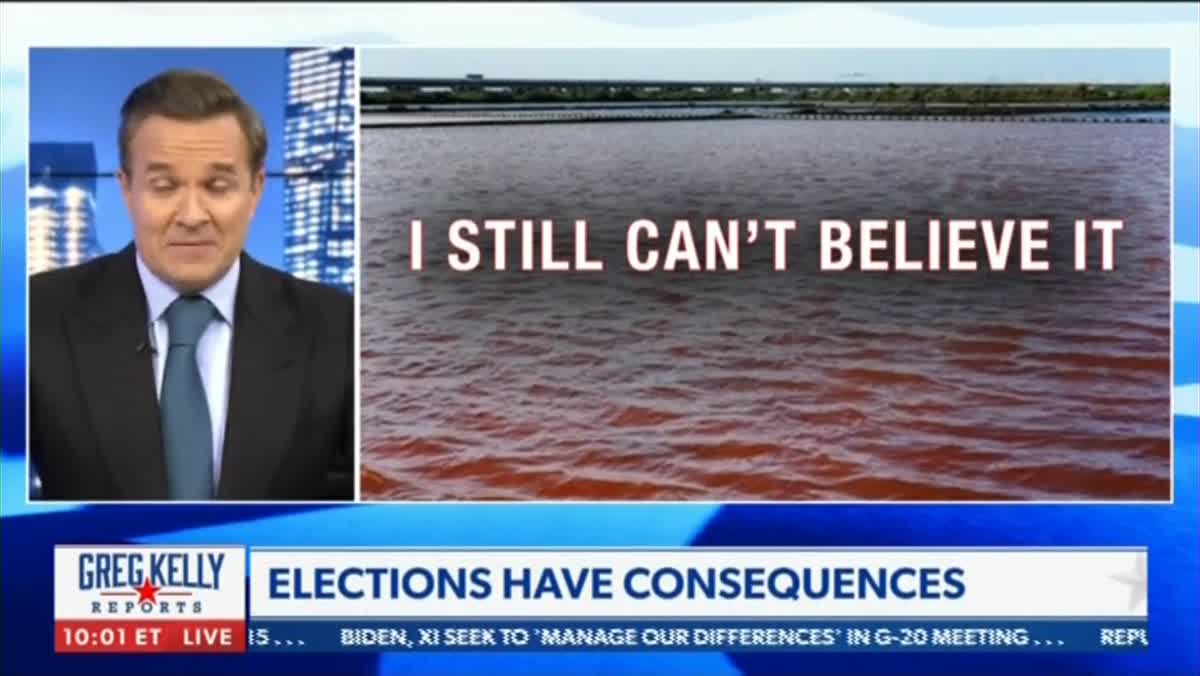 Kelly put up an image of a lake of some kind with red water that is just sitting there, unmoved.

"There are no waves there. There was no red wave, and quite frankly, folks, I am a bit depressed," Kelly said. "I still can't believe it. Can you believe it? I still cannot believe it."

Kelly was beside himself, downplaying the idea that the country preferred a Democratic administration over a Republican one.

"I do not believe that America has suddenly become a center-left country," he said.

(Kelly must have forgotten about the Blue wave in the 2018 midterms, recapturing the Senate in 2020, as well as the trouncing of Trump that same year.)

If not for outrageous gerrymandering, the Dems most certainly would have retained the House, too, although no call has been made as of this writing.

Kelly, still reveling in the past, brought up the 2016 election of Trump and how happy he was then.

The Newsmax host then scolded everybody who claimed Republicans had terrible candidates. He made his point by attacking John Fetterman's health after a stroke he suffered mid-campaign, and claimed he was a terrible candidate.

As MAGA cultist, Kelly can't blame Donald Trump and some of the terrible candidates he endorsed.

Kelly said it without trying to really say it, but he said it all the same.

Can I get a refund for my Flybe flight?