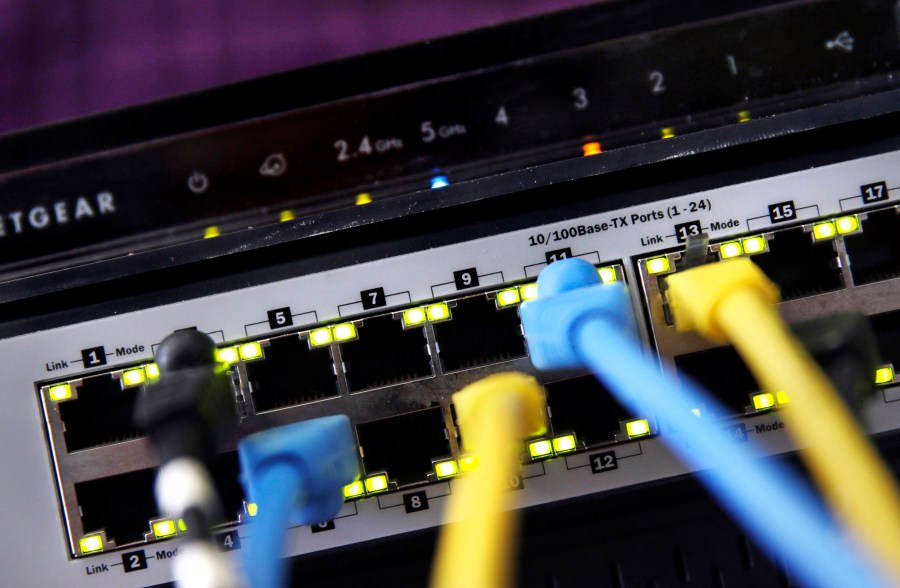 The Greene County Departments of Planning, Economic Development, and Real Property Tax Services asked for proposals from ISPs interested in installing High-Speed Fiber Internet. As part of the process, the County joined forces with local ISPs to inventory and map the proverbial "last mile" of unserved roads and households without internet access.

In this unique public/private partnership the County is contributing $2.2 million that will fund the installation of High-Speed Fiber Internet to about 1,400 addresses and 112 miles of unserved roadways. The County's contribution will fund the most difficult last-mile roads.

The ISPs will continue to build out roads with High-Speed Internet in their normal course of business to around 725 addresses and 47 miles of road. With the completion of this effort, virtually all existing Greene County addresses that currently have electric service (on-grid) will have access to High-Speed Internet. The County's Request for Proposals solicited proposals in defined target areas across the County with the majority of unserved roads concentrated on the mountaintop, particularly portions of the Towns of Catskill, Durham, Windham, Ashland, and Prattsville.

“Greene County is able to make this important infrastructure investment with a portion of the federal funding it received under the American Rescue Plan Act” states Patrick S. Linger – Chairman of the Greene County Legislature. “Therefore, it will put no additional burden on our taxpayers, and provide access to a service that is essential to how we live, work and learn.”

“This is great news for Greene County”, noted Hart. “Early on we understood the need to take a leadership role in this field and that the solution was detailed mapping at the street level and not the census block level approach previously supported by the State and Federal Government. This was an ambitious plan which took enormous effort.”

What does suspension mean for NY gun laws?

Legislator Linda Overbaugh, who chairs the County's Economic Development Committee, believes this program will attract both businesses and remote workers to Greene County in an unprecedented way. “Fiberoptic Broadband enables people to work from anywhere that has connectivity”, she stated. “Businesses seeking to relocate or expand in our communities can now be confident that they will have access to this service that is so critical to their operations.”

“Affordable, reliable, high-speed broadband has been a top concern of the Greene County Legislature. The realities of remote learning also became painfully apparent under the response to the COVID-19 pandemic”, notes Majority Leader Matt Luvera. “As a local educator, I experienced first-hand the difficulties associated with online teaching. The success of this effort is a huge step in giving families the necessary tools to access the internet from home and to help bring success to their children in school.”

How the NY Cannabis market is combating illicit shops

Minority Leader Harry Lennon stated, “Telecommunications infrastructure and broadband service have transformed the way people, public organizations, and companies communicate, educate, work, and live. Broadband, and the fiber optic backbones that support it, have undeniably become the “interstate highway” of the 21st century.”

Following the awards, the County will prepare contracts with each of the three ISPs which will include a timeframe for construction activities. It is anticipated that the ISPs will continue their existing network extensions as well as the build-out of fiber optic lines with the County funds during the 2023 and 2024 construction seasons.

The construction schedule is largely dictated by the "make ready" requirements of the local utility companies, which include, engineering, surveying, licensing, and pole replacements. Construction may also be impacted by today's challenges regarding supplies, inflation, and labor.

Today24.pro
EASY chili recipe for dinner #food How to deal with rejection New Honda Civic Type R review: Is it really better? How to Fall Asleep in 60 Seconds (OR LESS)