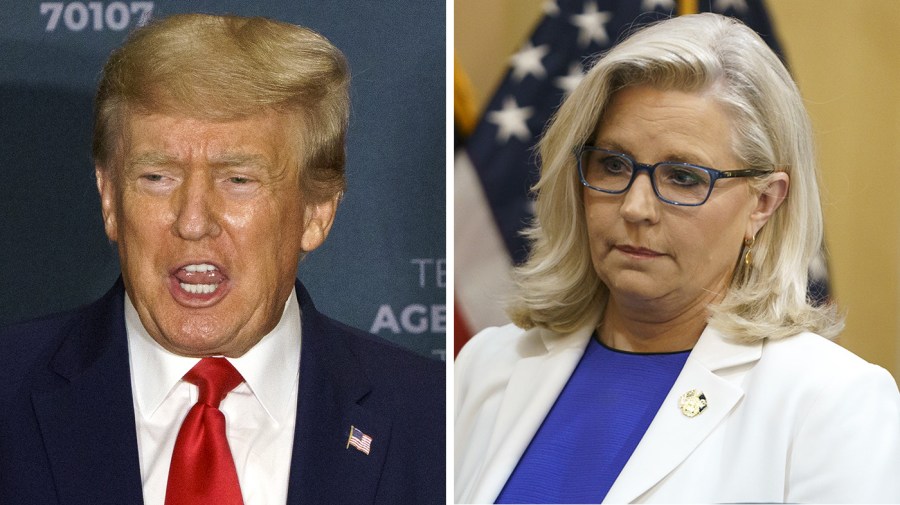 Trump is expected to announce his 2024 candidacy Tuesday evening from Mar-a-largo.

Speaking at the Washington Posts’ Global Women’s Summit, Cheney said the midterms were the chance “to make sure we prevented election deniers from taking power,” and voters did just that in many races.

Cheney, a member of the House Jan. 6 investigation panel, said Trump’s involvement in the insurrection shows he is completely unfit for office.

“It’s important for people to look at what's happening and what he's doing, not just through a political lens, but through the basic facts of his total lack of fitness for office,” said Cheney.

“The Jan. 6 committee has laid out very clearly his direct and personal involvement in every aspect of the plan to overturn the last election,” she said.

“While that that bloody battle was underway at the Capitol, despite everyone around him pleading with him to tell the mob to stop and go home, he wouldn't do it. He sat and watched on television,” she continued.

“There’s no question that he's unfit for office and I feel confident that he will never be president again.”

But, she added, there is still a long battle ahead, particularly when it comes to far-right candidates who won their re-election last week.

Many in the GOP have blamed Trump for the party's disappointing performance in last week's elections, with Democrats securing control of the Senate over the weekend and Republicans on track for a slim majority in the House.

Florida Gov. Ron DeSantis (R), who cruised to reelection, has emerged as a competing GOP standard bearer to Trump and the preferred 2024 candidate for many Republican voters and lawmakers.

Today24.pro
‘How many Uber drivers does it take to pick up a disabled person?’: Disabled person says 3 Uber drivers canceled on them because of their service dog One of The Greatest Britons in History - Joe Calzaghe I make $1,000 a month by promoting Amazon products on social media. It only takes 5 hours per week — here's how I set up my side hustle. Billionaire investor Howard Marks touts a bargain boom as interest-rate fears grip markets - and predicts a surge in companies going bankrupt