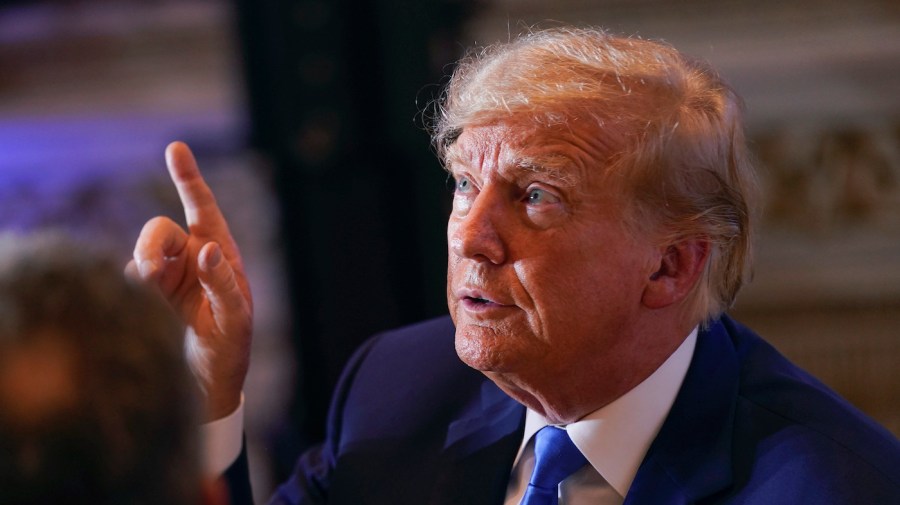 Brit Hume, senior political analyst for Fox New, says former President Trump's time as the shining star and undisputed leader of the Republican Party could be coming to an end.

"While he maintains real influence in the Republican Party, no two ways about that, but it has begun to fade," Hume said Monday on the network.

Trump's favorability among Republicans, Hume argued, started to decline "after his antics post-election in 2020."

"A great many people with him perhaps up until then began to move away from him," Hume said. "He never has really done anything to change that, he has continued to insist that the election was stolen from him. That he should be the real president and so and so forth."

"A lot of them did lose and lost in races that they could have won," the pundit continued. "So I think that in terms of opinion and in terms of influence, his star has faded. That doesn’t mean he is not a big factor and that getting past him for the Republicans looking ahead to 2024 could be ugly. It could be bloody. It could be painful. It could cause enough Republicans who were for Trump to, you know, to move away be disaffected in 2024. That’s the hardest job they have, is to try to work around Trump."

Hume's comments come as a number of hosts and pundits on Fox News have been debating Trump's place in the GOP and if he is the best candidate for Republicans to nominate for the White House ahead of Trump's expected 2024 announcement Tuesday evening.