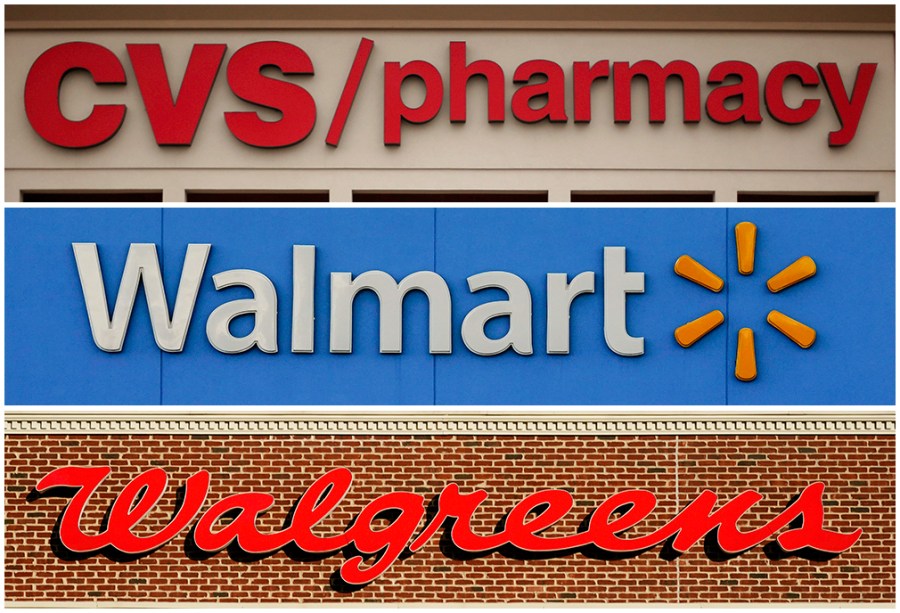 Walmart agreed on Tuesday to a framework that would have the company pay $3.1 billion to settle a nationwide lawsuit brought by states, tribes and municipalities over its role in the opioid crisis.

Walmart's agreement follows similar announcements earlier this month from CVS and Walgreens, which agreed to pay about $5 billion each to settle the lawsuits.

The settlement framework does not include any admission of liability, and Walmart said it "strongly disputes" allegations the company failed to appropriately oversee the dispensing of opioids at its stores.

Still, the company said it believes the settlement framework "is in the best interest of all parties and will provide significant aid to communities across the country in the fight against the opioid crisis, with aid reaching state and local governments faster than any other nationwide opioid settlement to date, subject to satisfying all settlement requirements."

The CVS agreement-in-principle would pay out over 10 years, and Walgreens over 15 years. The framework agreement with Walmart would see the vast majority paid out within one year of its effective date.

Pennsylvania Attorney General Josh Shapiro (D), who co-led a coalition of attorneys general in the negotiation, said the agreement is now being sent to other states for review and approval.

Each state, local government and tribe will need to decide whether to participate in the settlement. If that happens, the $3 billion will be divided between them, and must be used to provide treatment and recovery services to people struggling with opioid use disorder.

Shapiro's office said the parties are optimistic that the settlement will gain the support of the required 43 states by the end of 2022, allowing local governments to join the deal during the first quarter of 2023.

The settlement agreement does not impact a federal lawsuit the Department of Justice filed in 2020, alleging that Walmart failed to properly screen for abuse in its prescribing practices and pressured its pharmacy employees to fill prescriptions as quickly as possible.

Lawyers representing local governments said they were pleased with the proposed speed of the potential settlement.

"Despite the fact that it dispensed fewer opioid pills and less morphine milligram equivalency than the other large chain pharmacies, Walmart has agreed to expedite its payment so that our nation’s communities can access the vast majority of these funds within one year of the agreement’s effective date. With that in mind, we look forward to beginning the approval process for this finalized agreement," the attorneys said in a statement.

Amadou Mbengue Is Your November 2022 Reading Player Of The Month

We Went ‘Goblin Mode’ in 2022 According To Oxford

Today24.pro
Hans Niemann in the sole lead at the 3rd El Llobregat Open Five ways struggling families can get free cash to help pay for food this Christmas The Darkest Secret and Tragedy of Edwin Valero Best Android app 2022 – Google reveals top pick for the year and it’s totally free