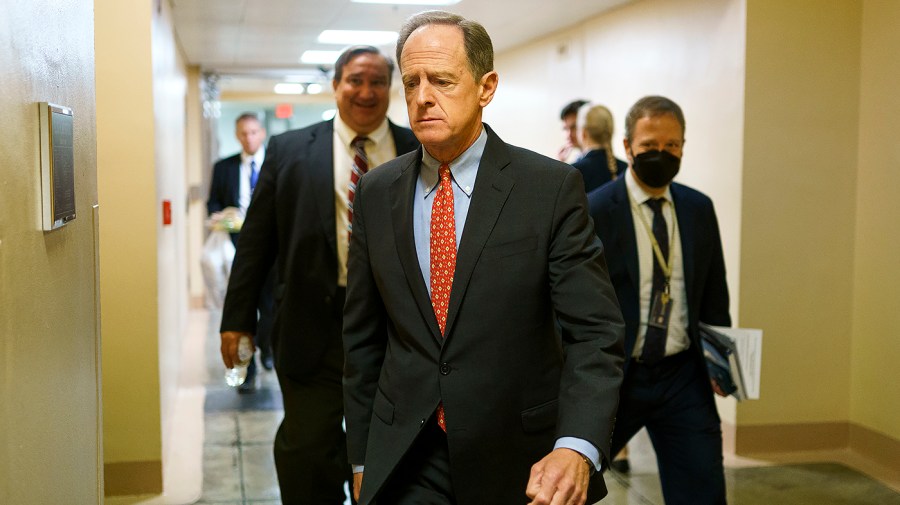 Sen. Pat Toomey (R), who is retiring from the Senate, said candidates who were seen as “all about” former President Trump “went down in flames” in the midterm elections.

“Candidates that were seen as ‘ultra’ and all about the previous president and re-litigating the last election — they went down in flames even in many cases where conventional Republicans, including conservative Republicans, were winning big,” Toomey told Fox News.

Toomey previously joined a chorus of Republicans blaming former President Trump for the party’s performance in the midterms in an interview on CNN’s “Erin Burnett OutFront” last week.

The retiring senator said there was a “high correlation between MAGA candidates and big losses” and Trump tried to insert himself in the midterms too much.

The GOP had hoped to make sweeping gains in both houses of Congress, but they failed to win a majority in the Senate and will likely win only narrow control of the House.

Trump has received blame in the past week for endorsing candidates in the general election that were loyal to him, but ultimately lost their races.

Trump is likely to announce a third run for president on Tuesday at his Mar-a-Lago property, but some Republicans have called on him to delay his announcement until after next month’s Georgia Senate runoff between Republican Herschel Walker and Sen. Raphael Warnock (D).

Others have cast doubt on whether Trump should run in 2024 or step aside in favor of other candidates like Florida Gov. Ron DeSantis (R).

Today24.pro
The Darkest Secret and Tragedy of Edwin Valero In the age of megachurches, communion has become a big business Anthony Joshua returns to America in search of new coach ahead of boxing return and links up with trainer Virgil Hunter Hans Niemann in the sole lead at the 3rd El Llobregat Open