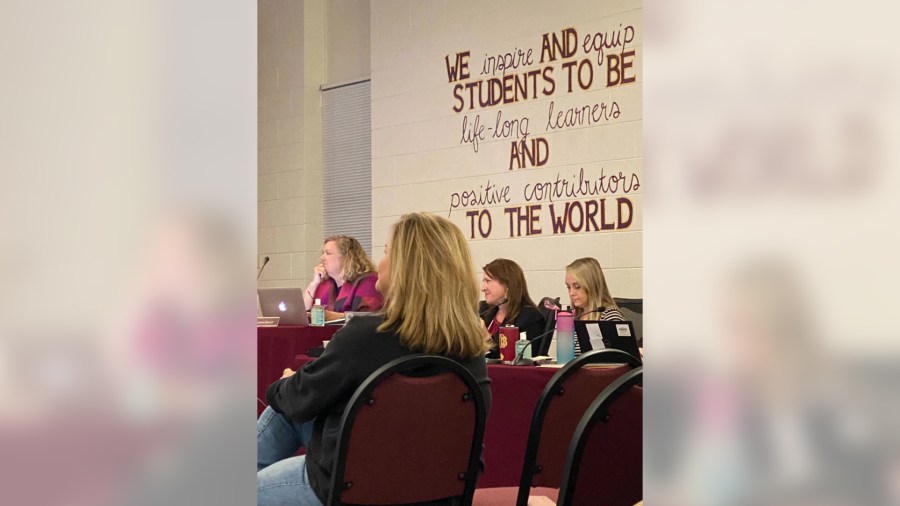 DRIPPING SPRINGS, Texas (KXAN) — There was tension Monday night in Dripping Springs after school board members held their first meeting since the district's $481 million bond package failed on Election Day.

The money would have gone to improvements.

Voters decide not to pass 3 bonds for Dripping Springs ISD

Lauren Naylor, a former middle school teacher who has two elementary students in the district, told the board she was "absolutely crushed and devastated."

She worried the ratio of students to teachers would increase, causing more teachers to leave the district. That thought, she said, "made [her] heart drop into [her] stomach, literally."

"My heart is heavy today, because I feel like this was a blow to the district," said another voter during Monday's public hearing. "I feel bad for the staff of our schools, I feel bad for the families of our kids."

Some families pointed the finger at school board members.

"I believe it failed, because some of our trustees chose not to provide leadership by educating our community members in the face of well-funded disinformation campaign," said John Adams, identifying himself as a high school teacher in the district. "Other than being able to say how disappointed I am in these board members, the failure of the… bond proposals failure to pass has left me speechless."

Nathan Kaspar, who opposed the bond, also put part of the blame on board members. He said the vote was not against education but against "overpriced Taj Mahal schools." Kaspar also said the district was not honest about the true impact of the bond on families' tax bills.

Carl Aubrey agreed, saying they didn't get clear and concise communication from the board.

"I just think their plan was flawed, the costs were flawed, they underestimated or understated the cost to the public, and they immediately lose credibility," Aubrey said.

Many bond supporters asked school board members to re-work bond language and possibly even amounts and put it on the next ballot.

"I believe that the community does want this and we do need this. We just need to take another crack at it and do a better job of communicating the real cost of not passing the next one," said Leah Finn.

She and others said the district needs a more targeted effort at dispelling misinformation they said was swirling on social media.

"I think that the district needs to kind of dig in and look at the voter data to understand who didn't vote for it, and why they think that. There is a lot of misinformation happening, unfortunately," said Terri Purdy, another DSISD parent.

Many school board members agreed with some of the public speakers, saying they needed to get bonds on the ballot again and do a better job of educating the community.

School board members also discussed how to address their growing student population in the meantime, including bringing in portable buildings for over-capacity schools.

AISD bond passes, but some districts say no to new facilities, athletic upgrades

Members also discussed rezoning neighborhoods to disperse enrollment more evenly in schools across the district, although at least two trustees said that should be a last resort.

Board members discussed putting more workshops and special meetings on the calendar for possible action on another bond proposal and growth management.

Hovis’ Friday diary: ‘I behaved like a fat fighter on a chocolate promise’

Today24.pro
How to deal with rejection EASY chili recipe for dinner #food How to Fall Asleep in 60 Seconds (OR LESS) New Honda Civic Type R review: Is it really better?