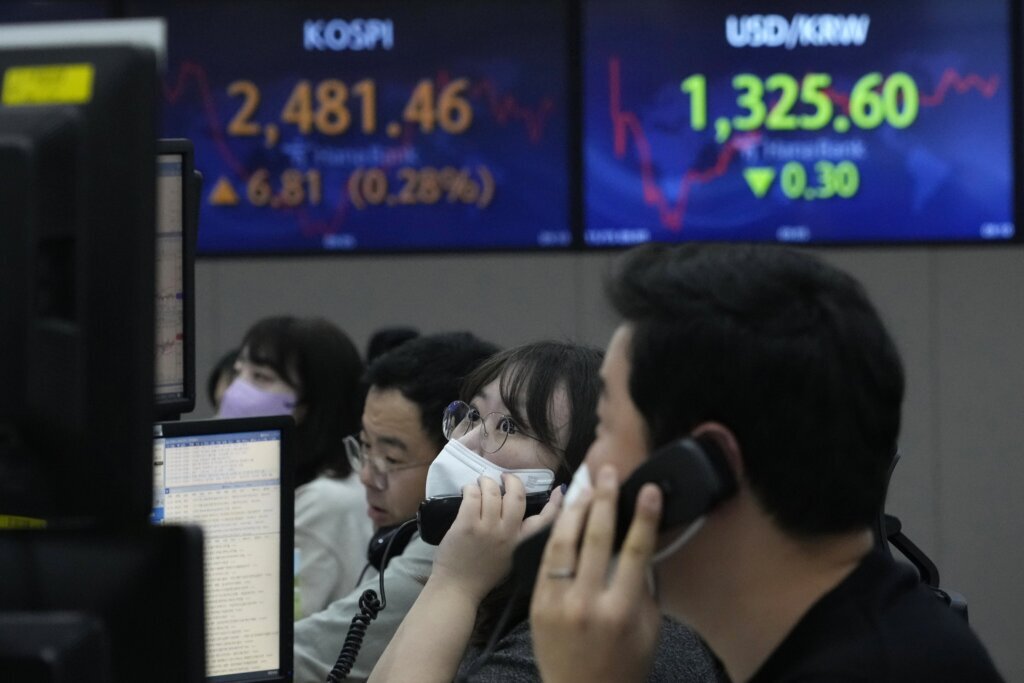 Futures on Wall Street edged higher a couple of hours before the opening bell Tuesday as the American and Chinese presidents met and investors awaited U.S. inflation data that could influence the Federal Reserve ahead of its December meeting.

Futures for the benchmark S&P 500 rose 1% and the Dow Jones industrials climbed 0.6%.

“Equity markets are looking slightly positive,” said Craig Erlam of Oanda in a report. The rally of the past few weeks is “perhaps slowing a little,” he said, but “there doesn’t appear to be much appetite at this stage to bail on it.”

Investors worry this year’s repeated interest rate increases by central banks to cool inflation that is near multi-decade highs might tip the global economy into recession.

Traders expected the Fed to raise its benchmark lending rate again at its December but by a smaller margin of one-half percentage point after four hikes of 0.75 percentage points. Fed officials say rates might have to stay elevated for an extended time to cool prices.

The government is due to report U.S. wholesale inflation on Tuesday. Economists say it likely slowed to 8.3% from September’s 8.5%.

The $3.1 billion proposal follows similar announcements earlier this month from the two largest U.S. pharmacy chains, CVS Health and Walgreen Co., which each said they would pay about $5 billion.

The deals are the product of negotiations with a group of state attorneys general, but they are not final.

Home Depot fell about 2% in premarket despite a very strong third quarter after it affirmed expectations that sales would grow about 3% for the year, which is weaker than most analysts have projected.

Presidents Joe Biden and Xi Jinping met during a summit of the Group of 20 major economies in Indonesia on Monday. That fed hopes for an easing of U.S.-Chinese tension over security, trade, technology and human rights.

The meeting was “surprisingly positive,” Robert Carnell and Nicholas Mapa of ING said in a report.

At midday in Europe, the FTSE in London and Frankfurt’s DAX were largely unchanged, while the CAC 40 in Paris added 0.4%.

In Asia, the Shanghai Composite Index rose 1.6% to 3,134.07 after Chinese consumer spending contracted by 0.5% in October compared with a year ago under pressure from anti-virus controls. Growth in factory activity also weakened.

The performance was worse than expected by forecasters who say Chinese economic activity will cool as interest rate hikes by global central banks depress demand for exports.

On Wednesday, the U.S. government gives an update on retail spending. Economists say growth likely revived to 0.9% in October from the previous month’s flat performance.