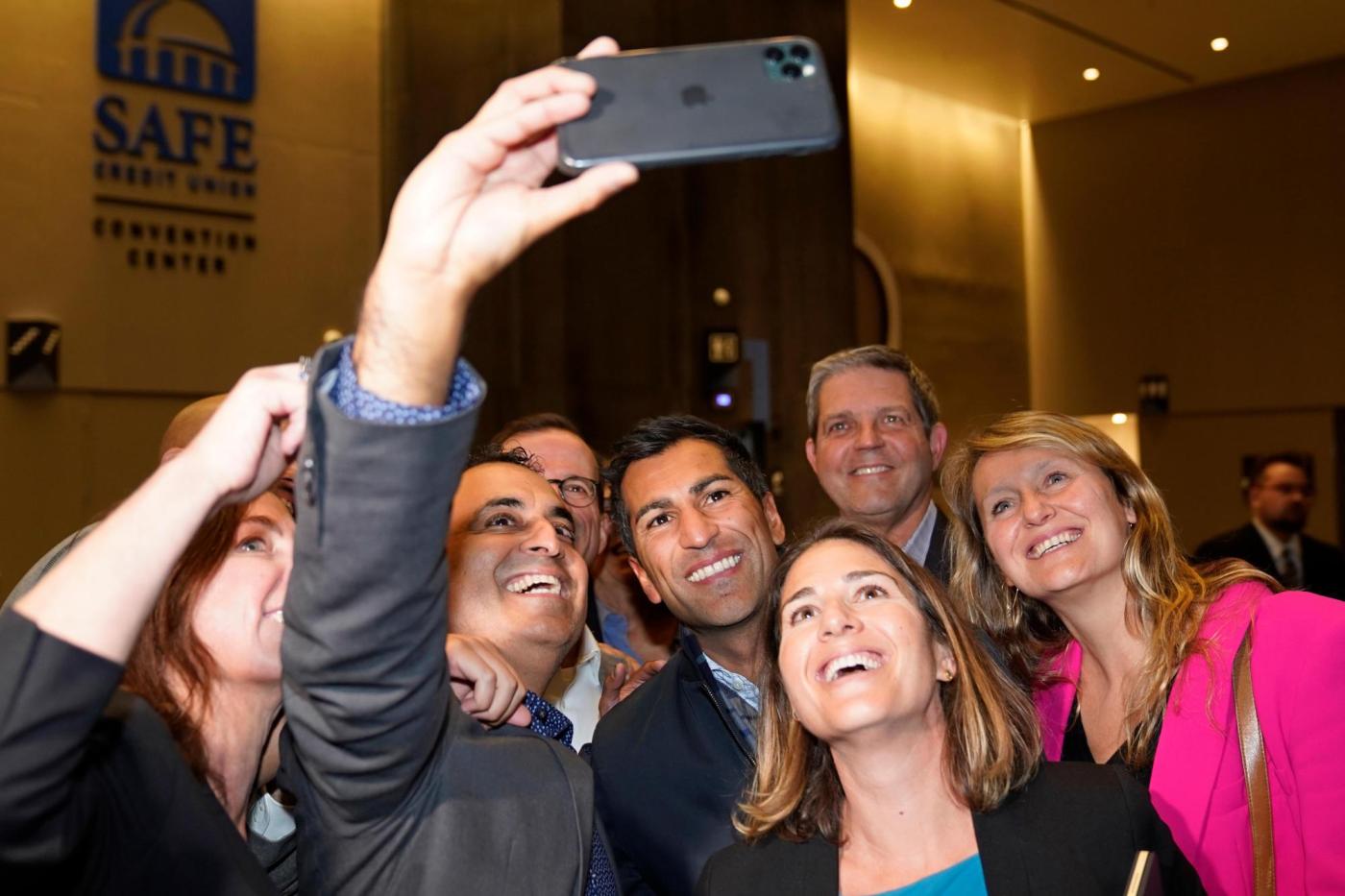 One of California’s most important elections last week was held behind closed doors with only 63 voters. They elected the next state Assembly speaker.

It’ll be Assemblyman Robert Rivas, 42, a San Benito County Democrat who grew up in farmworker housing on a vineyard in John Steinbeck country.

The lawmaker was raised by a single mom and Mexican immigrant grandparents in a dwelling so small he didn’t have his own bed — another American Dream story, the kind that’s becoming increasingly familiar in California.

Other than governor, there’s no more powerful elective state office than Assembly speaker.

The speaker and the Senate president pro tem — Toni Atkins, D-San Diego — have extraordinary influence over how much money the state spends and on what. They can pretty much control our state tax burdens, business regulations, what’s illegal and penalties for breaking the law.

The speaker appoints the chairs and members of all Assembly committees and can determine the fate of any legislation. In addition, the speaker fills scores of seats on state boards and is a University of California regent.

So, this is a job worth fighting for. And every few years a nasty brawl erupts between rivals reaching for the post. Sometimes there’s a coup attempt when a speaker refuses to voluntarily surrender the prestigious position.

Assembly Democrats just went through a bitter battle over who would replace Speaker Anthony Rendon, D-Lakewood, and — the sticky issue — precisely when.

Rendon, who has been speaker for 6½ years, won’t be termed out of the Legislature until the end of 2024. And he flexed every muscle he had to hold onto the leadership for as long as he could.

After a heated six-hour Democratic Caucus meeting, a compromise was reached: Rendon can stay speaker until June 30, immediately following passage of the state budget. Then Rivas will take over. The final vote was unanimous.

Someday, Rivas may well be in the same position Rendon is now — forced by an ambitious upstart to begin packing.

By necessity, speaker wannabes start jockeying for the job long before it’s due to be vacant. And once elected, they never last quite as long as they’d like.

Last spring, as Rivas buttonholed colleagues soliciting speakership pledges, he was threatened by a rival: North Hollywood Assemblywoman Luz Rivas (no relation), whom Rendon was helping. So, Robert Rivas stepped up his pursuit of the job.

He walked into Rendon’s office before Memorial Day and showed him 34 pledge cards from Democrats, a majority of the caucus. He asked the speaker to agree on a timetable for transfer of power. Rendon told him to buzz off.

Rivas had enough votes to replace Rendon when the post became open. But the challenger apparently didn’t have enough to boot the speaker and create a vacancy.

That escalated a Democratic civil war that played out through the Assembly election campaigns.

Rendon and Rivas financially backed Democratic candidates who promised to vote for them when the new legislative session convenes on Dec. 5. Rivas collected donations from supportive colleagues and funneled about $900,000 into at least a dozen races.

After the election, Rivas’ side believed it had accumulated a two- or three-vote edge over Rendon. A caucus meeting was held at the Sacramento convention center. All incoming Democratic Assembly members were invited, along with some whose races were still undecided.

“Things got ugly,” says one insider, who asked for anonymity.

They fiercely argued over rules. Two parliamentarians were summoned.

Rendon apparently wanted to hang on until he could beat Jesse “Big Daddy” Unruh’s record of having been the second longest-serving speaker, behind only San Francisco Democrat Willie Brown. That would require him to hold the job through June.

A supporter moved that Rendon be allowed to remain speaker until June 30, then replaced by another one-time contender: Assemblyman Evan Low of Campbell. Anyone but Rivas, apparently. That idea fell flat.

No one wanted to continue the chaotic power struggle into the next legislative session. So, they compromised.

Rivas was a San Benito County supervisor before being elected in 2018 to the Assembly, where he has been Agriculture Committee chairman. The Hollister lawmaker has focused on improving farmworker housing.

His elevation to legislative leadership will represent a geographical power shift. Seven of the last eight speakers have been from Los Angeles County. He’ll be the first Northern California speaker in 25 years and the first from a rural district in 53.

But his promotion will continue the ascendance of Latinos in California politics. He’ll be the sixth Latino among the last 10 speakers.

His performance will affect the lives of nearly 40 million Californians. It was a big election.