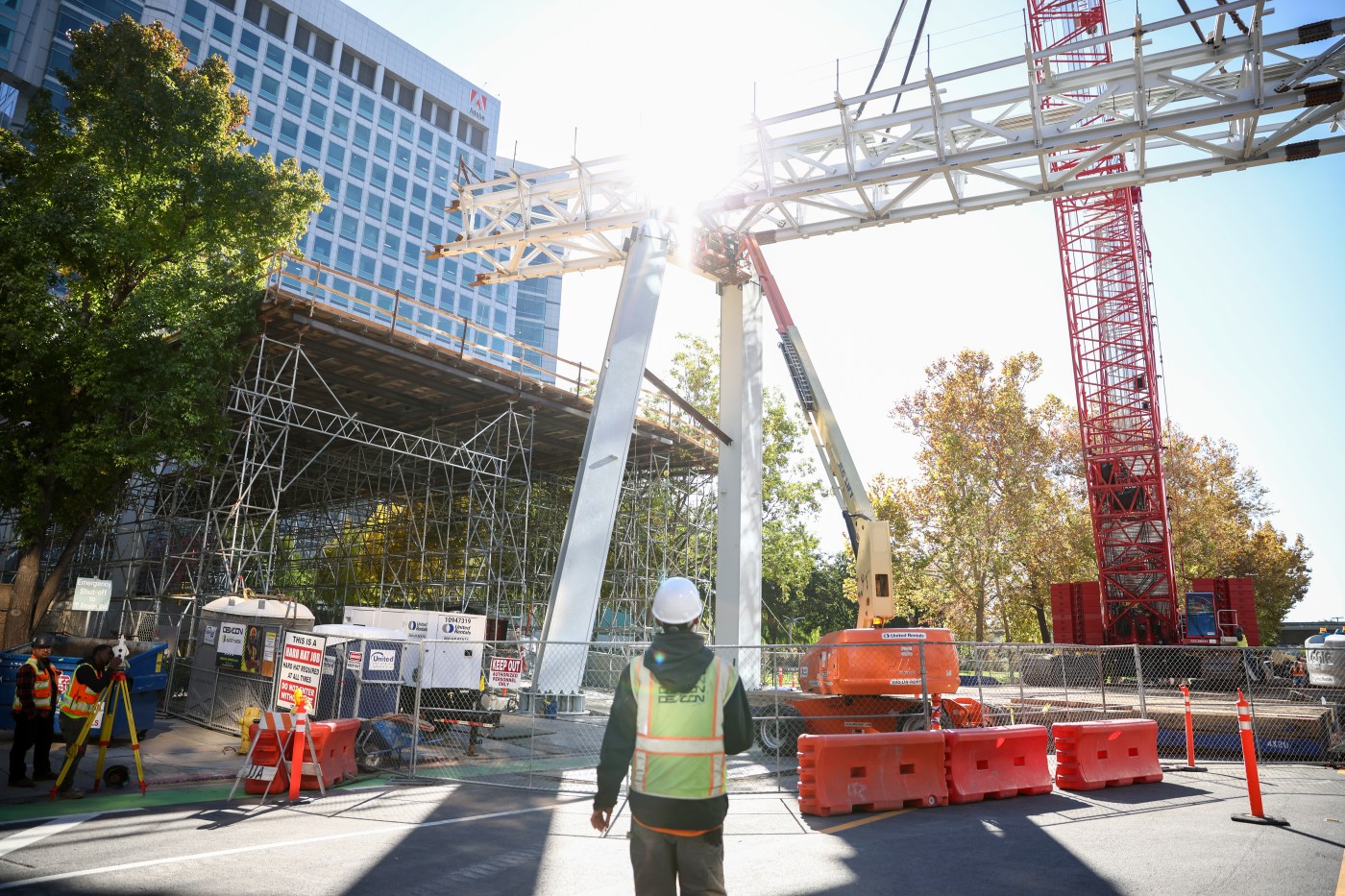 San Jose-based Adobe plans to move into its new office tower sometime in early 2023, the company has estimated.

The tech titan expects to nearly dramatically increase its downtown San Jose headcount when it moves into the tower.

The new tower itself is poised to become an eye-catching addition to the city’s skyline. It’s perched a few blocks from the bustling San Pedro Square district.

The bridge could be a unique addition to the Adobe campus by enabling pedestrians to walk back and forth above a busy downtown street.

Construction of the bridge could be completed sometime in 2023.

The bridge also could become a cultural hub. Adobe intends to add artwork in connection with the new bridge that may include the work of local artists.

On Monday, workers hoisted the bridge’s framework into a preliminary position where it could connect the old and new sections of what will become a four-building Adobe headquarters complex.

The bridge is designed to consist of two main sections that would extend over the street.

In June 2022, Adobe estimated it employed about 3,800 people in downtown San Jose. The new highrise will accommodate about 3,000 people, according to Adobe.

The expansion to the North Tower will enable the company’s downtown headcount to total 6,800, an increase of about 79% in the number of employees in San Jose’s urban core, based on the company’s estimates.

The new North Tower building in downtown San Jose was crafted to allow for plenty of flexibility in the wake of the coronavirus outbreak more than two years ago.

People will be able to easily work in isolation, in small groups and in larger groups. Numerous workspaces are expected to have access to outside gathering areas. And the bridge itself will accommodate outdoor spots for employees.