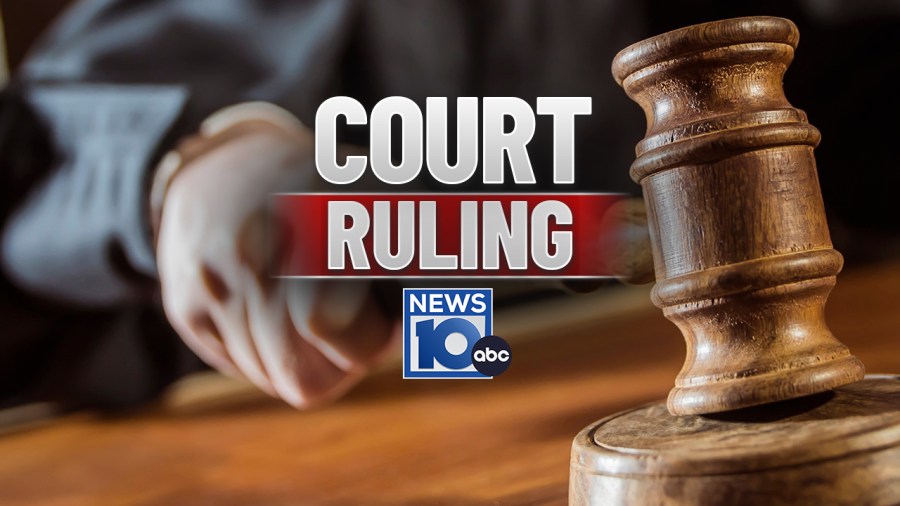 RUTLAND, Vt. (NEWS10) — Brownswell Cedano, who goes by "Twin," "T," and "J," 28, of Hartford, Connecticut was sentenced to seven years behind bars on November 10 in United States District Court in Rutland by Chief Judge Geoffrey W. Crawford. Cedano previously pleaded guilty to possession with intent to distribute crack. Judge Crawford also ordered that Cedano serve three years of supervised release once he gets out of jail.

According to court records, on Nov. 18, 2020, law enforcement carried out a federal search warrant for an apartment at Traverse Place in Rutland, Vermont. Cedano, Mariani, Wedderburn, and Wendell were all at the apartment at the time of the search.

Authorities seized nearly 50 grams of powder cocaine, 34 grams of crack, 69 bags of fentanyl, 52 Oxycodone pills, and four guns, including a loaded 9mm pistol located on the living room couch. Law enforcement also seized over $6,000 in cash—$1,880 from Cedano, $2,380 from Mariani, and $2,134 from Wedderburn.

According to court records, Cedano's offense involved drug trafficking for profit, possession of firearms, violence, and threats of violence, including his participation in an assault of a female drug addict by Mariani to coerce her into dealing drugs for the group in the Rutland area. In addition, Cedano was also trafficking heroin and crack in Orleans County, Vermont. Finally, Cedano was on probation for a Connecticut drug offense while he was traveling to Vermont to sell drugs.

United States Attorney Nikolas Kerest commended the joint efforts of the Vermont State Police Narcotics Investigation Unit, the Federal Bureau of Investigation, the Bureau of Alcohol, Tobacco, Firearms, and Explosive, the Rutland City Police, and Homeland Security Investigations of the Department of Homeland Security in this investigation. This case was prosecuted by Assistant U.S. Attorney Joseph Perella. Cedano is represented by Allan Sullivan, Esq. of Manchester, Vermont.

From space race to flying taxis, this California company helps hold it all together