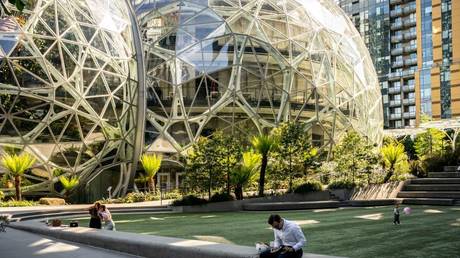 The layoffs are reportedly coming as soon as this week

US e-commerce giant Amazon is expected to fire up to 10,000 employees this week, according to unnamed sources familiar with the matter, as quoted by The New York Times.

The news of potential job cuts comes days after Facebook-parent Meta and Twitter each carried out massive layoffs, sending clear signals that the tech sector is preparing for an inevitable recession. In August, social media platform Snap announced plans to eliminate some 20% of its workforce.

The layoffs will reportedly affect Amazon’s Alexa business along with the company’s retail and human resources divisions. Last week, the Wall Street Journal reported that Alexa group, a producer of the Echo hardware and associated software, had been sustaining operating losses of $5 billion annually in recent years.

The 10,000 jobs account for about 1% of the company’s 1.5-million global workforce. The final number of planned reductions may change, the NYT also reported.

Amazon has been struggling during the past several quarters to tackle the slowdown in its retail division that occurred after the impressive performance during the peak of the Covid-19 pandemic.

The company has been looking to scale back its warehouse network and to lease out spaces inside the facilities. Amazon has also closed other services, including Amazon Care, its primary health-care service.