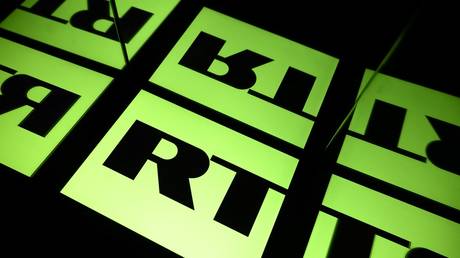 MOSCOW, NOVEMBER 15, 2022 – RT has launched an online broadcasting service in Serbian: the multimedia portal RT Balkan will provide an alternative perspective on regional and world events, with plans to expand to TV by 2024.

“Perhaps nowhere in the world were we more eagerly awaited, than here. And so I would like to speak to our dear Serbian friends in their own language: “Браћо, гледајте RT,” RT Editor-in-Chief Margarita Simonyan said.

“From now on the people in the region will have access to RT in Serbian, which will provide them with a more complete picture of the world today. Becoming an integral part of the Balkans’ media space is a big challenge, yet one that we are ready for,” RT Balkan Editor-in-Chief Jelena Milincic said.

Acclaimed Serbian film director Emir Kusturica noted RT’s high standards, saying that “[t]he Russian RT channel is the best example of what television should look like, [and is a far cry from] BBC and CNN, which broadcast one-sided information.”

RT Balkan Editor-in-Chief Jelena Milincic was born in Serbia and worked as a correspondent and host at RT Spanish since its launch. She co-authored the documentary Zashto? (WHY?), which marked the fifteenth anniversary of the NATO bombing of Yugoslavia. The documentary was shortlisted by the AIB Media Excellence Awards and won the CUBAVISIÓN contest as part of the Cuban Radio and Television Festival.

RT’s international TV network includes news platforms in English, Arabic, Spanish, French and German, as well as RT Documentary channel, which broadcasts in English and Russian and the sister multimedia news agency RUPTLY that provides livestreaming, video on demand, archive footage and broadcast services. In 2020, RT became the first TV news network in the world to hit ten billion views across its channels on YouTube. RT is the only Russian TV channel to be an eleven-time Emmy finalist.

Today24.pro
One of The Greatest Britons in History - Joe Calzaghe ‘How many Uber drivers does it take to pick up a disabled person?’: Disabled person says 3 Uber drivers canceled on them because of their service dog I make $1,000 a month by promoting Amazon products on social media. It only takes 5 hours per week — here's how I set up my side hustle. Billionaire investor Howard Marks touts a bargain boom as interest-rate fears grip markets - and predicts a surge in companies going bankrupt