A WARNING has been issued to anyone who takes paracetamol over a bizarre but rare side effect.

Scientists in the US have found that the common painkiller could alter your perception of risk, potentially putting you in danger.

Paracetamol is frequently used to treat mild to moderate pain and the NHS says it can also be used to reduce a high temperature.

It rarely causes side effects, if you stick to the right dosage, but in rare cases it is possible that some people will suffer an allergic reaction, the NHS warns.

But now, a team of researchers at Ohio State University, have found people taking the drug, known as acetaminophen in the US, are more likely to take risks than those given a placebo.

In one study, 189 participants were given either 1,000mg of the pain reliever, which is the recommended dose to treat a headache, or a placebo drug that looked the same. 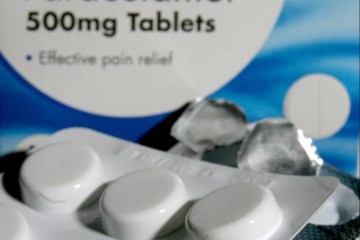 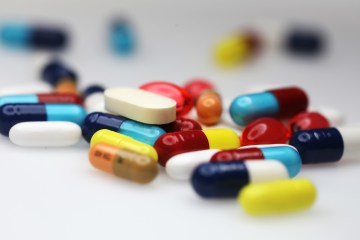 After waiting for the pill to kick in, researchers quizzed the participants and asked them to rate on a scale of one to seven how risky they thought various activities were.

Those who had taken the paracetamol rated activities such as walking home alone at night in an unsafe area, skydiving, bungee jumping and starting a new career in your 30s as less risky than the participants who took the placebo.

This he said, means they don’t feel as scared as they might usually.

The results of the study were published online in the journal Social Cognitive and Affective Neuroscience.

They used an experiment where participants could earn rewards by inflating a virtual balloon on a computer.

The experts found that people who had taken the paracetamol were more likely to inflate the balloon so it was close to bursting, while some even went too far – resulting in the virtual balloon popping.

Way added that participants would earn virtual money with every pump and the participants were forced to make the decision of risking the money they had already earned to pump the balloon bigger.

“If you’re risk-averse, you may pump a few times and then decide to cash out because you don’t want the balloon to burst and lose your money.

“But for those who are on acetaminophen, as the balloon gets bigger, we believe they have less anxiety and less negative emotion about how big the balloon is getting and the possibility of it bursting.”

In a further study, 545 undergraduate students were given doses of paracetamol before taking part in tasks that measured risk behaviour.

These were exercises such as driving without a seat belt, stealing and using drugs and alcohol.

A previous study found that paracetamol could be no more effective than a placebo pill for common injuries and illnesses.

Writing in the Medical Journal of Australia, in April 2021, researchers based at the University of Sydney found that the common painkiller is most ineffective when taken for acute back pain.

The experts stated: “While paracetamol is widely used, its efficacy in relieving pain has been established for only a handful of conditions, and its benefits are often modest.

“High or moderate quality evidence that paracetamol (typically 0.5–1g, single or multiple doses) is superior to placebo for relieving pain was available for only four of 44 painful conditions examined.”

Another study on the pills found that ‘hidden’ ingredients could increase your risk of a heart attack or early death.

Most people will be unaware that salt is sometimes added to paracetamol to help it break down in water.

But researchers at Xiangya Hospital, Central South University, Changsha, China, estimate that 170 out of every 10,000 adults in the UK use salt-containing medication.

Lead researcher Professor Chao Zeng said: “People should pay attention not only to salt intake in their food but also not overlook hidden salt intake from the medication in their cabinet.

“Our results suggest re-visiting the safety profile of effervescent and soluble paracetamol.”

In those with high blood pressure (hypertension), the risk of heart attack, stroke or heart failure after one year was 5.6 per cent in the salt-paracetamol group.

This compared to 4.6 per cent in those with hypertension taking non-sodium-containing paracetamol, according to the findings published in the European Heart Journal.

Today24.pro
Billionaire investor Howard Marks touts a bargain boom as interest-rate fears grip markets - and predicts a surge in companies going bankrupt One of The Greatest Britons in History - Joe Calzaghe ‘How many Uber drivers does it take to pick up a disabled person?’: Disabled person says 3 Uber drivers canceled on them because of their service dog I make $1,000 a month by promoting Amazon products on social media. It only takes 5 hours per week — here's how I set up my side hustle.