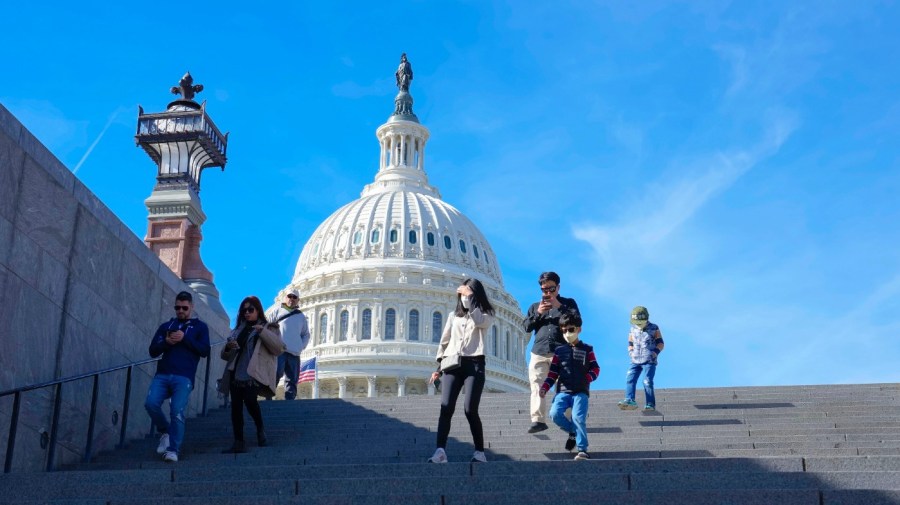 A coalition of small businesses is urging Congressional leaders to prioritize an antitrust bill targeting tech giants during the lame duck session.

The letter, sent to leadership in the House and Senate Tuesday and shared exclusively with The Hill, asks lawmakers to make the bipartisan American Innovation and Choice Online Act a “top priority” in the session closing out the year.

The bill would aim to limit tech giants like Amazon, Meta, Apple and Google from preferencing their own service, according to the letter organized by Small Business Rising.

It added the legislation represents “an unprecedented opportunity to start leveling the playing field for our small, independent businesses, and the window to do so is rapidly closing.”

“While Big Tech lobbyists flood lawmakers’ offices with falsehoods and claim to have the support of the small business community, the truth is our members see little future for American small business if the tech giants continue to corner the digital markets and use their power to favor their own products and block those of smaller rivals,” the group wrote.

"Small businesses are the backbone of America’s economic dynamism and the vitality of our local communities. Now is the moment for policymakers to advance legislation that will safeguard the right for independent businesses to compete and serve the needs of their communities,” it added.

Versions of the bill advanced out of the House and Senate Judiciary Committees with bipartisan support, but have not yet been called for floor votes.

A spokesperson for Senate Majority Leader Chuck Schumer (D-N.Y.) said over the summer the bill would be called for a vote, but did not detail a specific timeline.

The lame-duck session could be the best shot at advancing the bill, especially if Republicans take control of the House, since leading House GOP members have pushed back against the legislation. As of Monday afternoon, the battle for House control was still undecided with more than a dozen close races uncalled.

Today24.pro
The Darkest Secret and Tragedy of Edwin Valero Hans Niemann in the sole lead at the 3rd El Llobregat Open Why the power grid is an 'attractive target' for domestic terrorists: report Anthony Joshua returns to America in search of new coach ahead of boxing return and links up with trainer Virgil Hunter