TELETUBBIES has returned to our screens as Netflix’s rebooted version drops – with a new baby face in the sun.

The original series only lasted four years between 1997 and 2001, but in that time became a commercial success and earned multiple Bafta awards.

A new sun-baby will greet viewers with the Netflix reboots of the series, Teletubbies[/caption]

Who is the new face in the sun on Teletubbies?

Netflix has opted for a rotation of smiley Sun Babies.

There are a total of five diverse infants who embody the iconic role.

While the original Sun Baby was covered with a translucent yellow filter, Netflix’s Sun Babies are presented as floating heads in the sky surrounded by rays of light.

The “21st-century refresh” of the beloved children’s show is narrated by Emmy nominee Tituss Burgess and consists of 26 12-minute episodes.

All of the show’s original characters, Tinky Winky, Dipsy, Laa-Laa and Po are back.

Read More on The Teletubbies 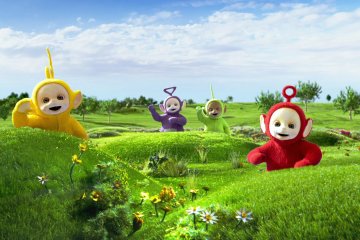 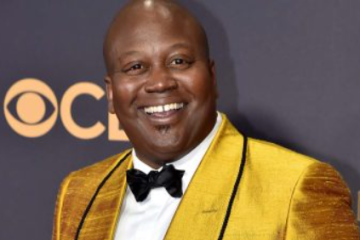 How old is the original face in the sun on Teletubbies now?

Jessica Elizabeth Smith played the original Sun Baby in the children’s series for four years between 1997 and 2001.

Now in her mid-twenties, the child star previously revealed that she was actually cast in the role when she was being weighed in hospital.

At the time, producers let her sit in front of a mirror and a camera while she watched her dad play with toys.

Meet the new face in the sun on Teletubbies

Netflix fans blocked from getting cheaper membership on millions of devices

This who stars in ITV's new drama Litvinenko

Meet the actor that plays John Major in The Crown

Speaking to BBC South East about the role, Jess explained in 2017: “I was being weighed at the hospital.

“My mum took me and it just happened to be the same time that the producer of the old series had come in and wanted the hospital to get in contact with them if they’d seen any smiley babies.

“It was just a case of sitting in front of a mirror and a camera and my dad playing with toys and race cars and that sort of thing to try and get me to laugh at the camera.”

Teletubbies then returned for a revival on CBeebies in 2015, when baby Berry took over Jess’ role.

Egypt calls for the British Museum to return Rosetta stone

Today24.pro
I make $1,000 a month by promoting Amazon products on social media. It only takes 5 hours per week — here's how I set up my side hustle. ‘How many Uber drivers does it take to pick up a disabled person?’: Disabled person says 3 Uber drivers canceled on them because of their service dog Billionaire investor Howard Marks touts a bargain boom as interest-rate fears grip markets - and predicts a surge in companies going bankrupt One of The Greatest Britons in History - Joe Calzaghe