A COUPLE who ditched their family home for a tiny house decided to make it completely Disney-themed.

Mark and Mona felt like their house was too big once their kids moved out, so they knew they wanted to downsize.

Despite living in their old home for 10 years, it was time for a change.

Speaking to Tiny House Giant Journey, the duo explained how they came to build and live in their Disney-themed house.

The entire thing only took seven months to build and cost £105,700, but after two years in their tiny house Mark and Mona say they’re happier than ever.

Wanting the house to feel like Disney land, the couple tried to recreate that in the main part of the house. 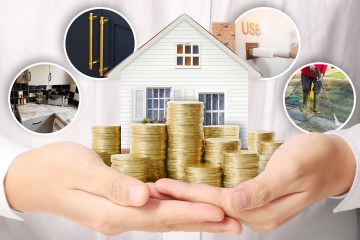 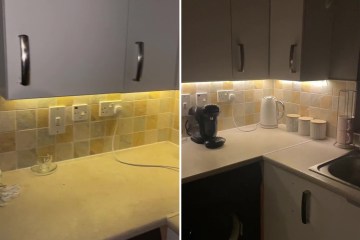 I’m doing up my council house, my £1.50 Primark buy transformed my kitchen

Mark explained: “When you go to Disney land you walk down Main Street and all the lands branch off of that, that’s what we did here.”

The Mikey Mouse themed ‘Main Street’ has a small living area, complete with a large TV to watch all their favourite Disney films, and a kitchen area with every Mikey Mouse-themed utensil you could imagine.

There are four other rooms, or ‘lands’ as Mark calls them, which all have a different Disney-theme.

The couple’s bedroom, which they affectionately nicknamed ‘Dopey’s Mine’, is based off one of the seven dwarfs from Snow White.

The spare bedroom is Minnie Mouse themed and their bathroom is covered in all things Winnie the Pooh.

Mark even has a small area to relax and play games called the ‘Adventurer’s loft’.

He said: “That’s taking you on a journey into adventure land, Pirates of the Caribbean, Indiana Jones, the Enchanted Tiki Room, but also Star Wars.”

In the bathroom the couple boast a posh Jacuzzi tub with hidden Mikey Mouse tiles.

“There are a eleven hidden Mikey’s in the tilework,” Mark revealed.

The couple have saved money since downsizing too.

“Your expenses are going to drop, you’re in a tiny house, it’s cheaper to live, unless you spend crazy on Disney stuff.

“When we come home from a bad day at work this is our sanctuary,” he continued.

Mona agreed: “This is my happy place, I love it and it’s been the best decision we made.”