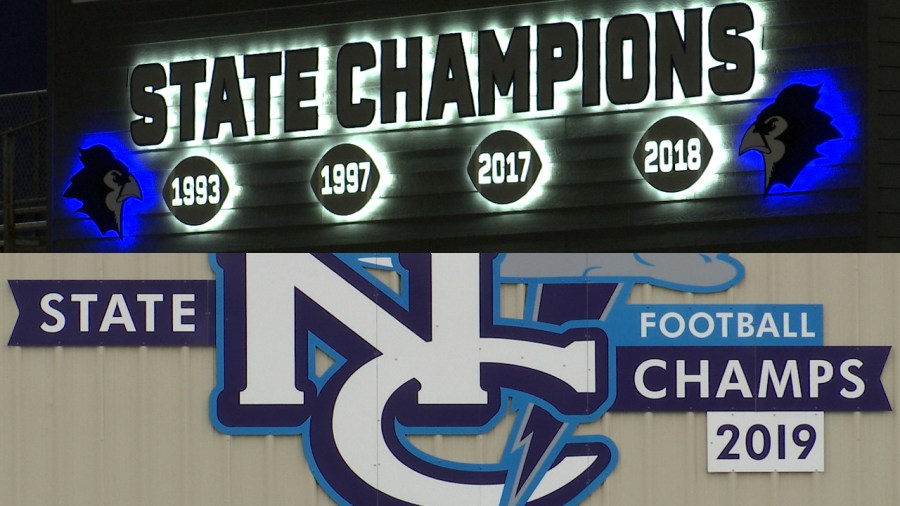 NEMAHA COUNTY (KSNT) - High school football state semifinals kick off Friday at 7 p.m., and the eastern Kansas matchup in 2A features two schools separated by only a 20-minute drive.

Sabetha took a 7-0 lead into halftime in the first matchup, but Nemaha Central came out of halftime with vengeance, winning 24-7.

"We got to come with the same mentality we had in the first half," Sabetha senior tight end Davis Rokey said.

The two schools agreed that having played already comes with advantages and disadvantages.

Sabetha (2A), Nemaha Central (2A), Centralia (1A) and Axtell (8M-II) are all in Nemaha County and have found themselves in the sub-state round of the state tournament.

"It's an awesome feeling with Seneca and Sabetha, obviously down the road with Centralia and Axtell, you got four teams within a 20–30-mile radius, it's obviously awesome for these kids, who put this much work in," Nemaha Central head coach Michael Glatczack said.

Coaches would like to take credit for success, but they're quick to realize the amount of talent in the county.

"It's Jimmy's and Joe's, not X's and O's," Sabetha head coach Garrett Michael said. "We're a lot better coaches when we have really, really good athletes. Right now, Nemaha County is full of them."

The two teams have rich football history as well. Sabetha won state titles in 2017 and 2018, and Nemaha Central won it all in 2019.

The history goes further - Glatczack used to coach under Michael at Sabetha.

"He was a great coach for us," Michael said. "Came over here, got right to work...he knows all our trades and secrets."

The winner of Friday's matchup will move on to the 2A state title game the Saturday after Thanksgiving.