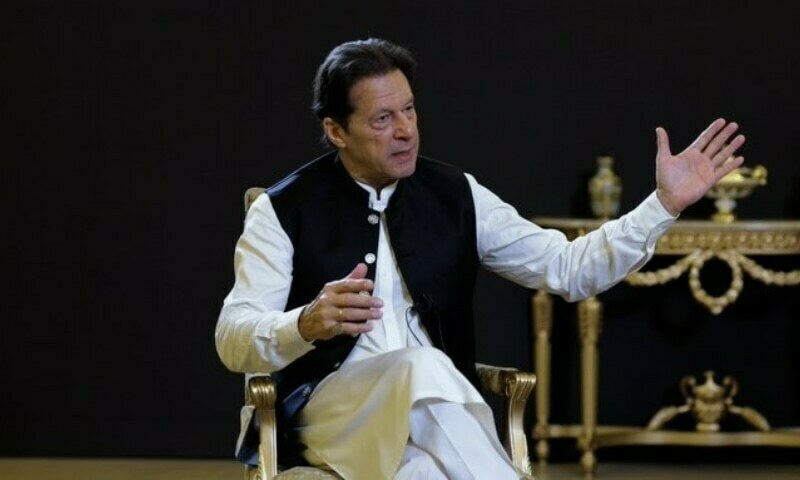 ISLAMABAD/WASHINGTON: A day after the Pakistan Tehreek-i-Insaf (PTI) chairman made a course correction on his claims about the alleged role of the United States in his ouster from power earlier this year, former prime minister Imran Khan said a ‘propaganda cell’ in the Pakistani media was allegedly feeding journalists information against him.

“They are told to pick and choose things from my interview(s) and then turn it against me,” the former premier claimed in a video posted by PTI on its official Twitter handle.

Mr Khan said that journalism in Pakistan had “stooped to a level where foreign journalists had to intervene, saying they were being misquoted”.

Coverage of the PTI chairman’s interview to the Financial Times, in which Mr Khan had indicated that he “no longer blamed the US [for his ouster]”, continued to irk PTI leaders throughout the day. Sharing a picture of the front page of the newspaper, PTI leader Shireen Mazari termed the headline ‘shameful’.

PTI leader Fawad Chaudhry also called out the local media for its alleged ‘agenda-based reporting’ while reacting to the coverage of Mr Khan’s interview. “International media is now getting clarity on how agenda-based reporting blurred reality of Pak politics,” he said on Twitter.

Responding to the interview, PM Shehbaz Sharif took his predecessor to task for causing “irreparable damage” to the country through his conspiracy claims. “[Imran] Niazi’s interview with FT in which he rebutted his foreign conspiracy theory is a reminder of vicious role he played to harm Pakistan’s external relations while pursuing his own petty politics,” he tweeted.

Meanwhile, Information Minister Marriyum Aurangzeb said the former premier will have to answer for “playing with the national interest”.

In a jibe, she added that “putting the matter behind him [Imran] would not suffice”. She claimed the alleged conspiracy “did not exist at all”, which was the reason the PTI chief was apparently backtracking on his claims.

Climate Change Minister Sherry Rehman called it the ‘mother of all U-turns” and said the former premier would not be let off the hook for manipulating national security issues. She added that “U-turns on cipher controversy would not be acceptable” since it was not a political matter.

Former senator Farhatullah Babar “hailed” the U-turn by the ex-PM and claimed that there are more U-turns to come. “Sadly Khan’s patently false narrative did huge damage. Soon he will make many more U-turns.”

Responding to the statement made by Imran Khan, a spokesperson for the US state department said Washington does not have a “position on one political candidate or party versus another”.

“We support the peaceful upholding of democratic, constitutional, and legal principles,” the official said, adding that the US valued its long-standing cooperation with Pakistan and “has always viewed a prosperous and democratic Pakistan as critical” to its interests. And “that remains unchanged,” the official added.

Asked if this softening of attitude can undo the damage done to the US-Pakistan relations, the spokesperson said: “We will not let propaganda, misinformation, and disinformation get in the way of any bilateral relationship, including our valued bilateral partnership with Pakistan.”

Zaki Abbas in Islamabad, Mansoor Malik in Lahore and Anwar Iqbal in Washington contributed to this report

Soccer-World Cup 2022: which teams are out of FIFA tournament?

California Judge Dismisses Case That Would Have Allowed Euthanasia