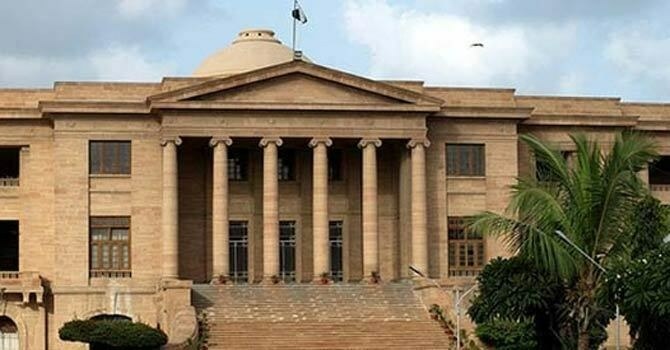 KARACHI: The Sindh High Court on Monday reserved its order after hearing all parties in the petitions of the Pakistan Tehreek-i-Insaf (PTI) and Jamaat-i-Islami (JI) against postponement of the local government elections in Karachi and Hyderabad.

A two-judge bench headed by Chief Justice Ahmed Ali M. Shaikh heard lawyers for the petitioners, Sindh election commissioner, inspector general of police, counsel for a proposed intervener and others at length.

At the last hearing, the bench had sought details of the number of personnel of police and Rangers required for election duty as well as the total strength of police and paramilitary force in the province along with their current deployment.

At the outset of the hearing on Monday, the advocate general filed reports about the strength and deployment of police and Rangers.

When the chief justice asked IGP Ghulam Nabi Memon about the provision of police, he stated that they were facing a shortage due to various reasons.

He said that around 25,000 policemen had been deployed during 2015 LG polls in Karachi, but now around 45,000 policemen were required for such purpose after incidents of violence were reported during a by-election in Korangi.

In reply to a question of the bench, the provincial election commissioner said the ECP was ready to hold LG election in 15 days.

The provincial law officer submitted that the authorities would provide requisite assistance if the ECP was ready to hold election, but they had also highlighted the ground realities.

The counsel for the PTI argued that the ECP had postponed the LG elections thrice on the recommendations of the Sindh government on the pretext of the shortage of policemen, but it had sent 6,000 policemen to the federal capital to stop PTI’s long march.

The lawyer for the JI contended that the Supreme Court had already dismissed the applications filed by the Muttahia Qaumi Movement-Pakistan (MQM-P) and PTI against the postponement of LG polls.

He sought a directive for the ECP to hold the LG elections immediately.

The MQM-P has approached the SHC to become an intervener in the proceedings and its leaders Wasim Akhtar and Khawaja Izahrul Hasan, along with their lawyer, were also present.

Their counsel argued that the LG polls be held after the required amendments were made in the relevant laws in the light of the apex court’s judgement.

The police report further stated that in the light of increased deployment of police demanded by the ECP, it had become difficult for the Sindh police to simultaneously provided security to all polling station of Karachi range in the given circumstances.

The report of Rangers stated that there were a total of 24,920 paramilitary troops in Sindh, out of which 1,006 personnel had been temporarily deputed for special internal security duty at Islamabad and 14,000 soldiers were posted in Karachi.

It added that the Rangers would perform as “quick response force mode only as second tier responder” during the LG polls; around 4,000 paramilitary soldiers would be required for such duties.

The PTI and JI had moved the SHC in August shortly after the ECP had postponed for the second time the LG polls scheduled to be held in Karachi and Hyderabad divisions on Aug 28.

All Parties Conference on terrorism rescheduled for Feb 9: information minister