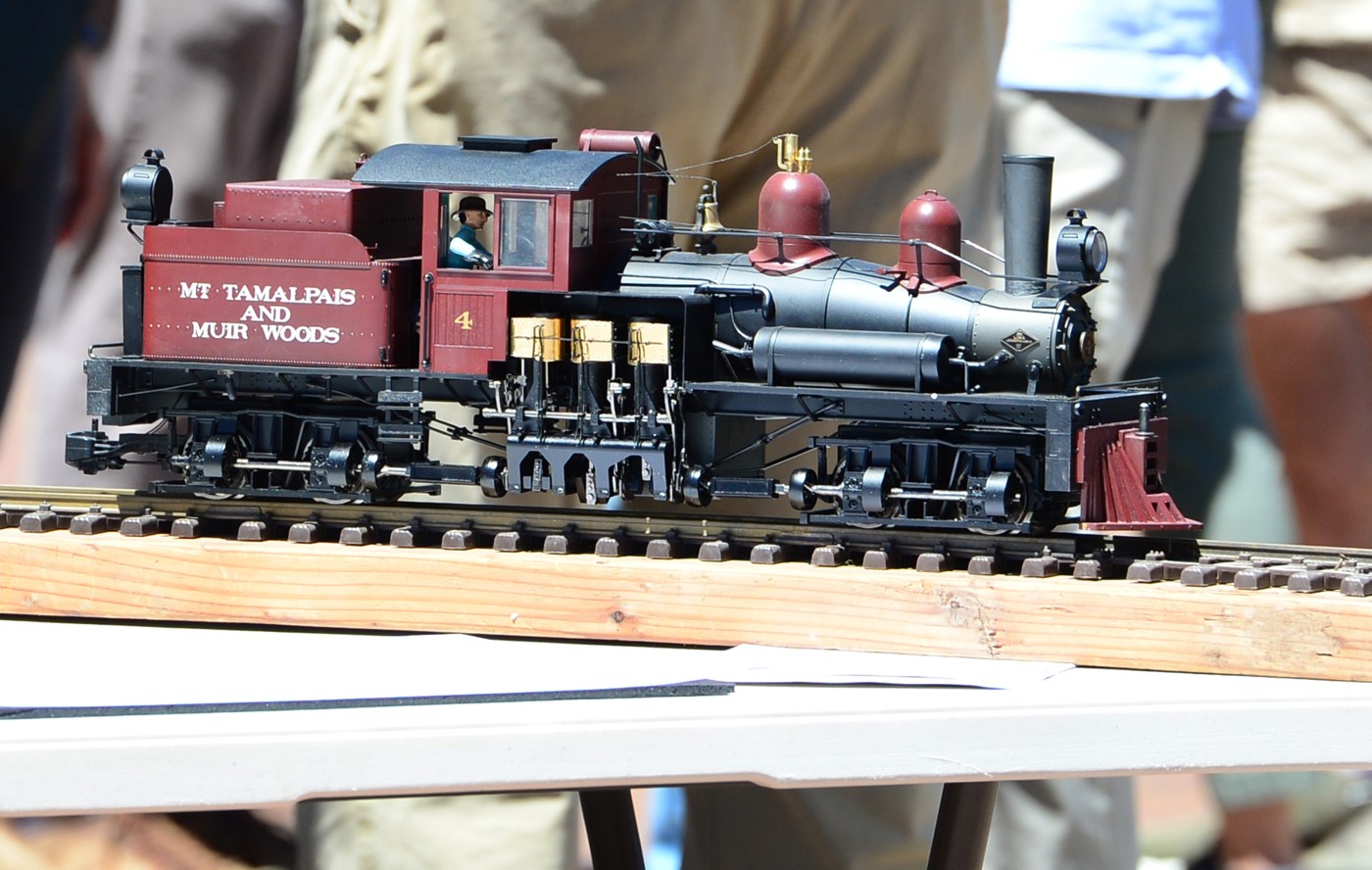 The Parks and Recreation Commission voted 3-2 at a meeting on Nov. 2 to develop plans for each option. Much of the discussion, however, was dominated by the divide over installation of the historic locomotive –– known as Engine No. 9.

The city has initiated a review on how to design, refurbish and enliven an expanded plaza, the public hub of the city. The expansion is made possible by the redesign of the right turn lane from Sunnyside Avenue to Miller Avenue.

A survey conducted this fall polled the community on a range of options for expanding the area. The commission was tasked with reviewing those options and deciding which the staff should prioritize for further research, said Sean McGrew, city parks director.

City staff expects to return in winter with a report reviewing each potential project. In the spring, the staff will make a presentation to the City Council, which will make a decision about what to feature there, McGrew said. Construction is not expected to begin until the spring of 2024.

“The process is going to go on for at least months,” McGrew said.

Eric Macris, president of the Mill Valley Historical Society, said during the meeting that his group had garnered 869 signatures on a petition supporting plans to display Engine No. 9 at the plaza. He called the survey the “tip of the iceberg.”

“We’d like to encourage the commission to lead a thoughtful and fair process that relies on staff for facts and information and removes this process from a quest to declare victory. That’s not the purpose,” he said.

Macris and his group, Friends of No. 9, have proposed placing Engine No. 9 near redwood trees on the plaza.

“It is not blocking any views. It is not dominating the plaza,” he said. “It is merely taking up space that is now asphalt.”

A conceptual design depicting the positioning of the 36-ton locomotive was presented on July 23.

The No. 9 locomotive used to run between Mill Valley, Mount Tamalpais and Muir Woods on the Mount Tamalpais Scenic Railroad until 1924 before it was sold into the logging industry. In 1953, it was put on display at the Scotia Museum in Humboldt County. It was acquired in 2018 at auction and is being refurbished.

Opposition to the locomotive has been fierce, with many questioning its size and safety during the meeting.

Ruby Unger of Mill Valley noted how many residents came out “strongly against” Engine No. 9.

“Anything there is going to intrude on the openness of the plaza,” said. “I sure hope we don’t see it there.”

John McCauley, a former mayor of Mill Valley, said the proposal will eventually present new obstacles, such as the need for a cover and the scaling of surrounding landscaping the facilitate the locomotive.

“The survey makes it clear, public sentiment is against the plaza location for the locomotive,” he said. “This idea is polarizing. It is unpopular.”

The opponents recommended the locomotive be featured at a welcome sign to the city, at a museum, or near the summit of Mount Tamalpais.

Commissioner Katherine Jones said questions and disputes about the scaling may be answered by a more expansive staff review.

“I think it’s worth additional conversations,” she said.

Commissioner Vanessa Justice said she would like to see the plaza retained as open space. She was joined in opposition by commission member Naomi Gray.

“It doesn’t strike me as an efficient use of time to investigate in detail an option which has garnered so much opposition,” Gray said.

Hall of Famer Croom: 'Not enough progress' for Black coaches

Today24.pro
Hans Niemann in the sole lead at the 3rd El Llobregat Open Anthony Joshua returns to America in search of new coach ahead of boxing return and links up with trainer Virgil Hunter In the age of megachurches, communion has become a big business Best Android app 2022 – Google reveals top pick for the year and it’s totally free