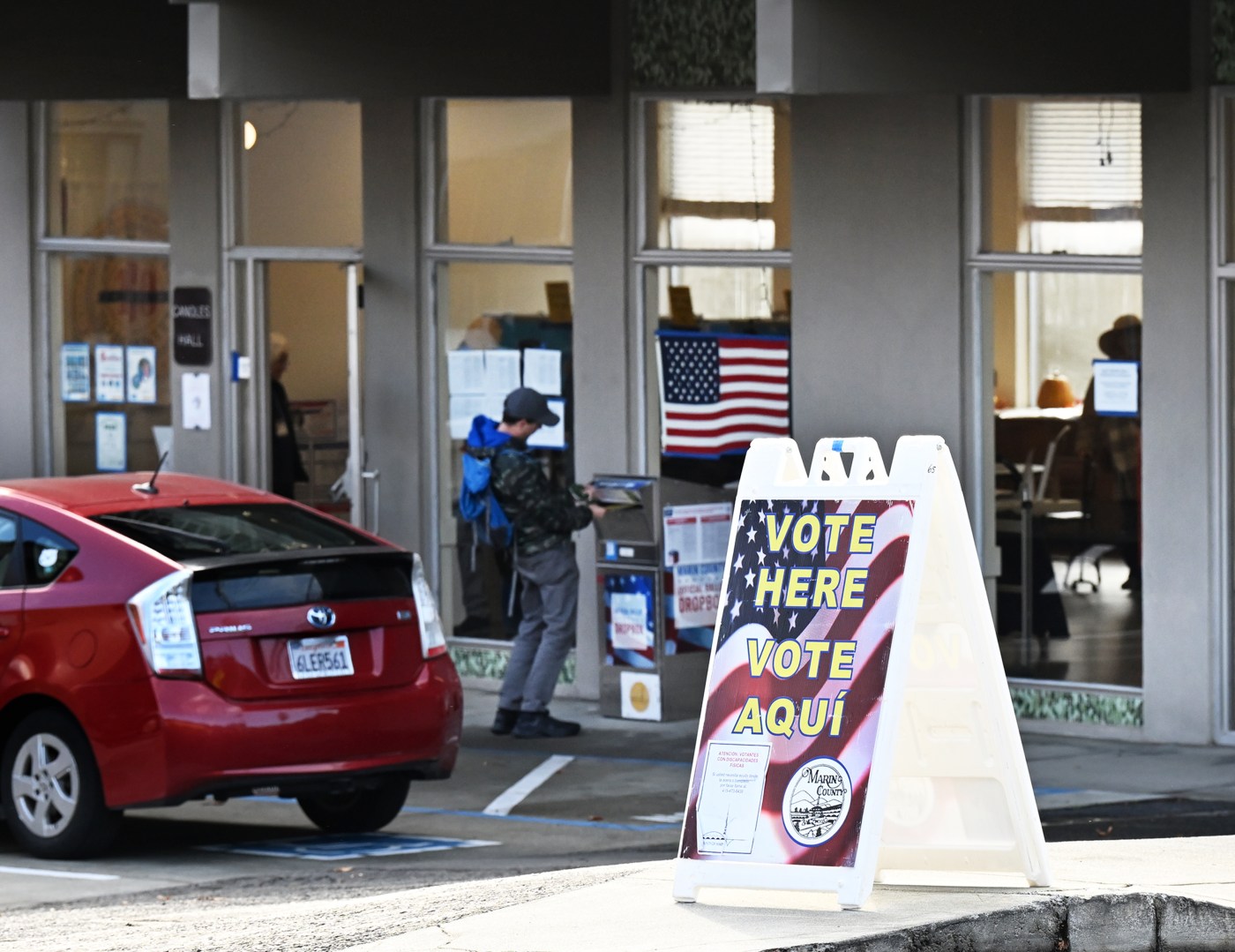 The gap between the two candidates vying for the District 12 Assembly seat narrowed slightly on Monday as the Marin County elections office processed 30,256 newly counted ballots.

District 12 includes all of Marin County and about 45% of Sonoma County. The two counties are updating their totals at different intervals.

With Monday’s update, Connolly has 54.49% of the Marin vote. Sonoma County expects to add the results of a substantial number of newly counted ballots on Tuesday.

By comparison, the day after the election, the two counties had counted a combined total of 147,418 ballots.

If the number of outstanding votes is making Connolly nervous, he isn’t showing it. On Monday he issued a celebratory email to supporters.

The numbers Connolly cited reflected the totals posted on the California Secretary of State’s website Monday morning prior to Marin’s update. Connolly mentioned in the email that “Sara Aminzadeh, my challenger in this election, has called me to graciously concede the race.”

In the past, a 9 percentage point lead like the one Connolly had the day after the election would have been considered insurmountable. That is because early vote totals tended to establish the pattern that the election as whole would follow, much like exit polls do.

Mark DiCamillo, director of the Berkeley IGS Poll, said much has changed, however, due to the ubiquity of voting by mail. DiCamillo says ballots now tend to arrive in three distinct waves, and the characteristics of the voters casting those ballots differ widely depending on the wave.

“I would caution against extrapolating the results of an election based on the votes counted by the day of the election,” he said.

DiCamillo said one group of voters mails in their ballots a week or more in advance. Registrars count these ballots and post the results on election night very soon after polls close, since the votes have already been processed.

A second group vote in person at polling places on Election Day. Most of those votes are counted and posted on election evening.

DiCamillo said a third group holds on to their ballots until the final weekend, dropping them off or mailing them on Election Day or the day before the election.

DiCamillo said the best way to predict whether Aminzadeh has a chance of overtaking Connolly is to look at the early pattern of that third wave of voters. He said if this last tranche of votes shows an early trend in Aminzadeh’s favor, the question will become whether there are enough uncounted ballots for her to catch her rival.

In another Marin race, the newly counted Marin ballots do not seem to be favoring the hopes of San Anselmo Councilman Ford Greene, who is seeking a fifth term in office. Greene finished third in a race for two openings, but the day after the election he was only 12 votes behind second-place finisher Tarrell Kullaway.

Today24.pro
The Darkest Secret and Tragedy of Edwin Valero Why the power grid is an 'attractive target' for domestic terrorists: report Anthony Joshua returns to America in search of new coach ahead of boxing return and links up with trainer Virgil Hunter In the age of megachurches, communion has become a big business