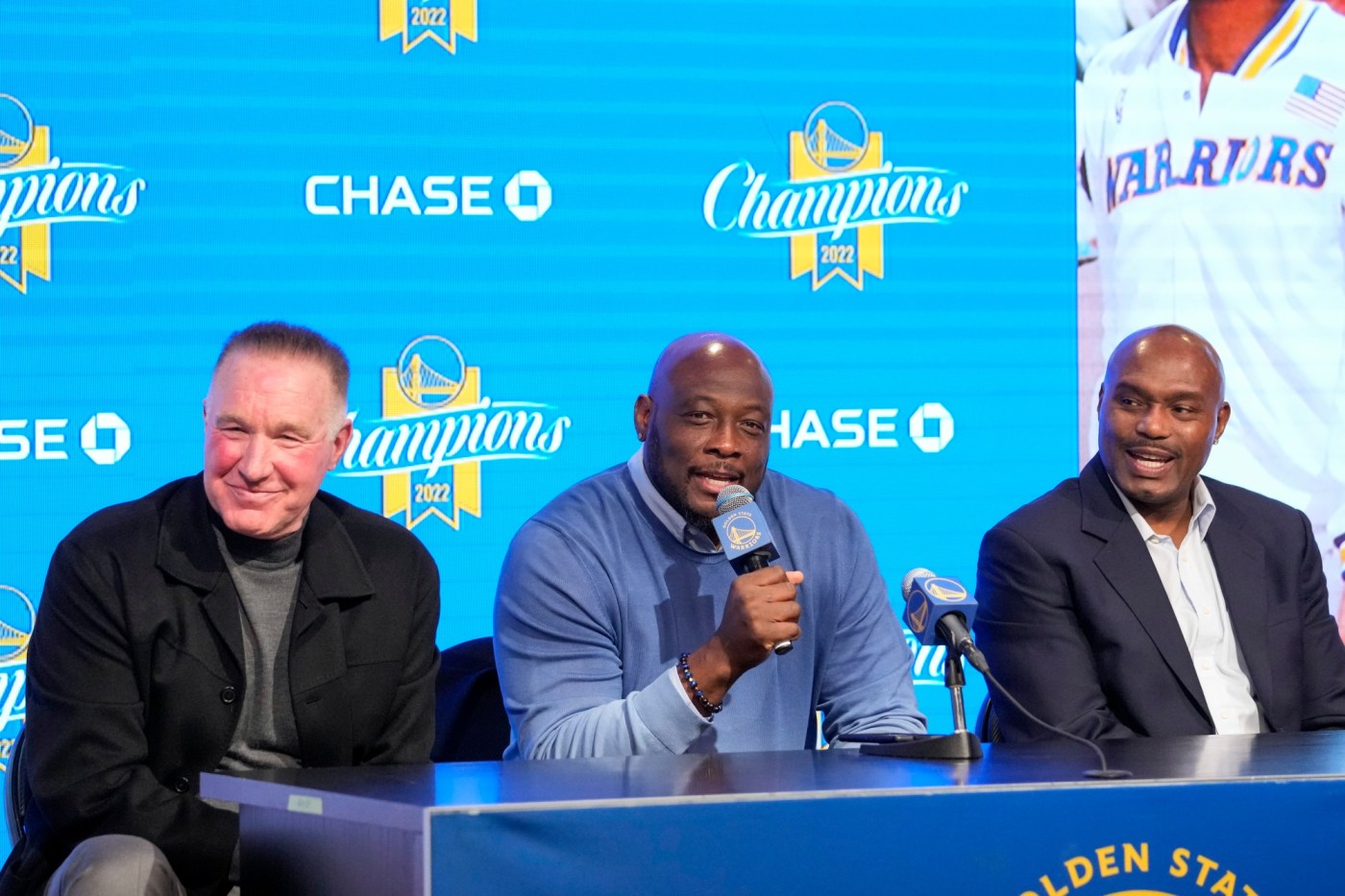 SAN FRANCISCO — The Warriors’ anticipated Run TMC reunion on Monday night required an on-air apology after Tim Hardaway made an insensitive reference to rape during the broadcast.

After a hard Spurs foul on Steph Curry mid-way through the third quarter of the Warriors’ win, Hardaway chimed in with a remark that ignited social media.

“Y’all thought that was great D, I thought he was just raping them,” Hardaway said. “Somebody gotta call the police.”

Late in the fourth quarter, Hardaway made an apology.

“I used a poor choice of words in the broadcast,” Hardaway said. “I apologize for that so let’s get back to the game and finish the game with a 30-point win and be happy.”

Hardaway, Chris Mullin and Mitch Richmond reunited to do commentary and play-by-play for the entire broadcast on Monday night. Until that comment, the broadcast was a breath of fresh air with the Run TMC trio — along with sideline reporter and former teammate Tom Tolbert — telling stories from their playing days and providing commentary on the game.

Hardaway was celebrated for his 2022 Hall of Fame induction in a video tribute between the first and second quarters. Hardaway’s election to the Hall was widely thought to be overdue, probably because of a homophobic rant during a radio show in 2007.

How to prepare if the power goes out this winter?

Today24.pro
Portuguese artist Santiago Ribeiro exhibit in Moscow Sam Bankman-Fried could face extradition from the Bahamas to the US: Here's how, legal experts explain The Darkest Secret and Tragedy of Edwin Valero Anthony Joshua returns to America in search of new coach ahead of boxing return and links up with trainer Virgil Hunter