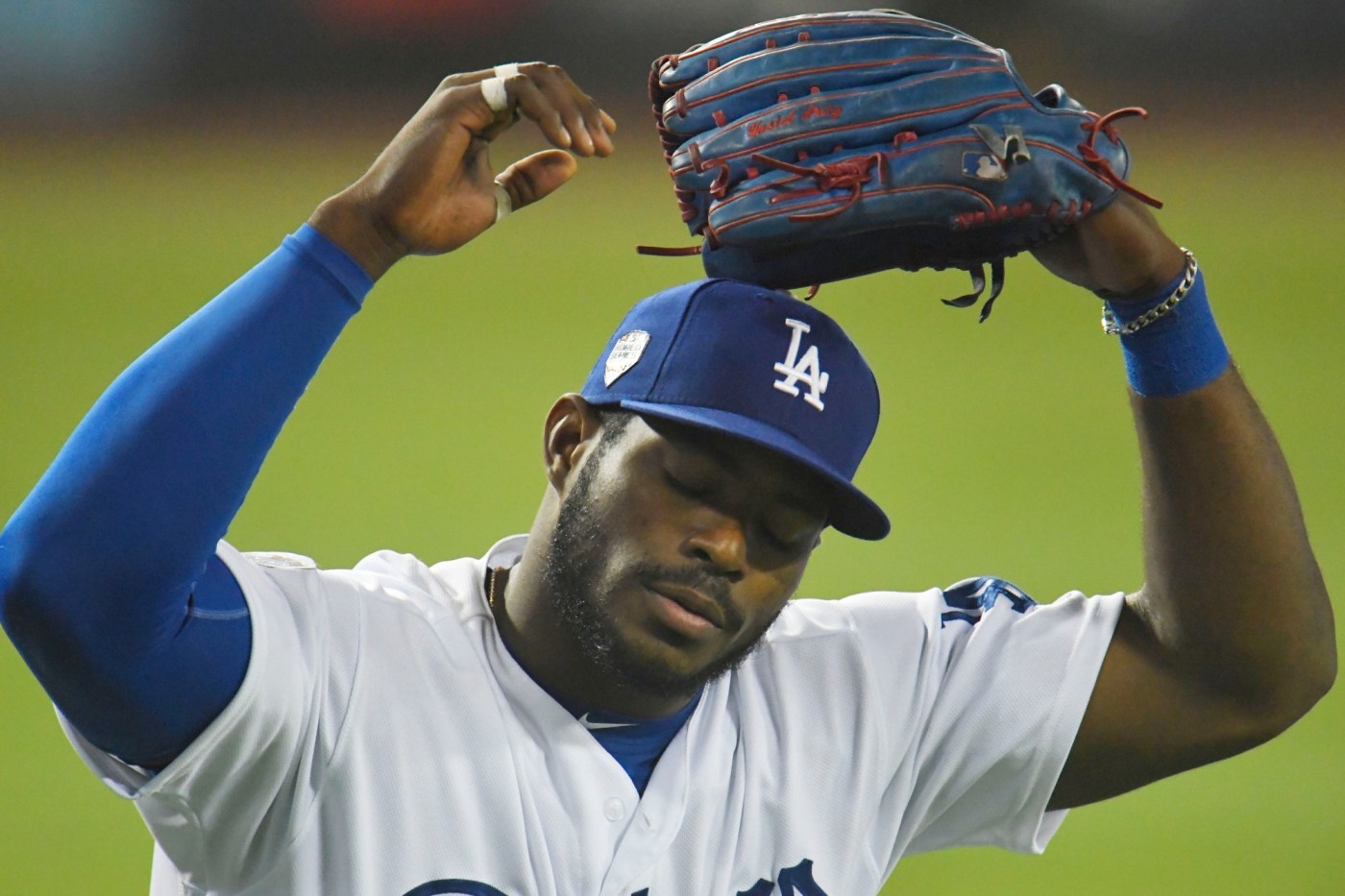 LOS ANGELES — Former Dodger Yasiel Puig has agreed to plead guilty to a federal charge for lying to federal officials about bets on sporting events that he placed with an illegal gambling operation, according to court documents unsealed today.

Puig, 31, who currently plays professional baseball in South Korea, has agreed to plead guilty to one count of making false statements, a crime that carries a sentence of up to five years in federal prison, according to the U.S. Attorney’s Office.

“Under our system of justice, no one is above the law,” U.S. Attorney Martin Estrada said in a statement. “The integrity of our nation’s criminal justice system depends on people telling the truth, and those who fail to abide by this simple principal must face consequences.”

According to his plea agreement, Puig began placing bets on games in May 2019 through an unidentified man who worked on behalf of an illegal gambling business run by Wayne Nix, 46, of Newport Coast.

Within a month, Puig’s losses reached $282,900, the plea agreement states.

In January 2022, federal investigators interviewed Puig in the presence of his lawyer. During the interview, despite being warned that lying to federal agents is a crime, Puig lied several times, including when he said that he never discussed gambling with the bookie, according to the U.S. Attorney’s Office.

In fact, Puig discussed sports betting with the man hundreds of times on the telephone and via text message, federal prosecutors said.

Nix pleaded guilty in April to one count each of conspiracy to operate an illegal sports gambling business and filing a false tax return. His sentencing hearing is scheduled for March 8.

Federal prosecutors on Monday also filed a plea agreement for former MLB player Erik Kristian Hiljus, 49, of Panorama City, who agreed to plead guilty to two counts of subscribing to false tax returns and will face up to six years in federal prison upon entering his guilty plea. Hiljus was an agent for Nix’s illegal gambling business but did not work with Puig.

Man City top chart amongst big six regarding % of goals scored by new signings this season, with one club on 0%

Save over $1,500 on this eBike and backup power station bundle