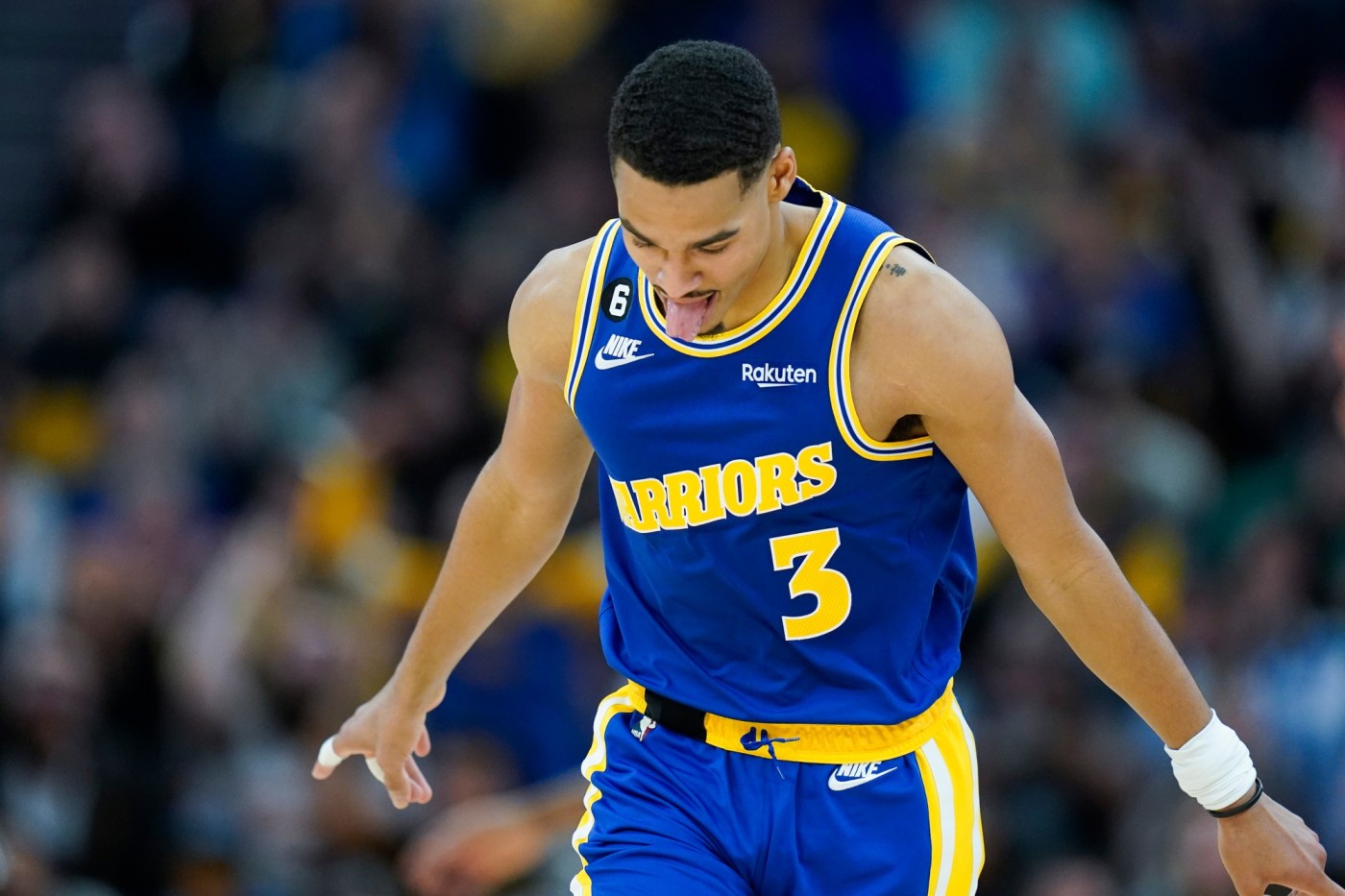 SAN FRANCISCO — Jordan Poole played his best game of the season Monday night in the Warriors’ 132-95 blowout win over the San Antonio Spurs.

With 10,000 fans receiving “Poole Party” bobbleheads at the door, the fourth-year guard, starting in place of Klay Thompson who sat out the second night of the back-to-back (injury management), scored a team-high 36 points, shooting 13-for-20 from the field and 5-for-10 from 3-point land.

Poole’s breakout night took some of the burden off superstar Stephen Curry who played a season-low 27 minutes Monight night. He finished with 16 points.

Poole has been long overdue for a night like Monday. He had been in a funk as of late as opponents loaded up their best defenders to guard the ascending guard. Poole was shooting 35.2% from the field and 30.8% from deep in the last six games, during which he’s been caught overdribbling and trying to force his game.

On Monday, Poole let his game flow more naturally and looked more relaxed. He was aggressive from the jump against the Spurs. He scored six of Golden State’s first nine points and erupted for 11 points in the opening 12 minutes and 19 in the first half. He also took better care of the ball. Poole has been turnover-prone through the first month, turning the ball over more than three times per game. But he had zero against the Spurs. Poole also had three steals and two assists in 29 minutes.

The Warriors, who’ve given up at least one 30-plus point quarter in 12 of their first 13 games, were more in sync on defense. They held the Spurs to just 45 first-half points. Meanwhile, Golden State lit up San Antonio, who’s allowing 118.8 points per game, second to only the home team.

Coach Steve Kerr ran with a 10-man rotation, sending Moses Moody and JaMychal Green, both DNPs in previous games, as the first men off the bench. The Warriors, who’ve struggled in the non-Curry minutes this season, survived the time when their superstar sat on the bench to catch his breath.

Two-way forward Anthony Lamb contributed 17 points off the bench, going 6-of-7 from the field. He also had four rebounds and four assists. Jonathan Kuminga added 15 points, including three 3-pointers. He also had three rebounds and two assists.

James Wiseman, the prized No. 2 overall pick who had been benched in recent games, entered Monday’s contest in the fourth when the Warriors held a 41-point lead.

Moments later, Donte DiVincenzo was tossed after receiving a Flagrant 2 foul for excessive contact to the head.

The Spurs went on a 10-0 run early in the fourth with Ryan Rollins, Wiseman, Anthony Lamb, Moody and Kuminga on the court. But it didn’t matter. The Warriors had this one in the bag.

The Warriors (6-8) hit the road to play the Phoenix Suns Wednesday when they’ll search for their first win away from Chase Center this season.

Today24.pro
One of The Greatest Britons in History - Joe Calzaghe I make $1,000 a month by promoting Amazon products on social media. It only takes 5 hours per week — here's how I set up my side hustle. Billionaire investor Howard Marks touts a bargain boom as interest-rate fears grip markets - and predicts a surge in companies going bankrupt RoboCV: stacker robot